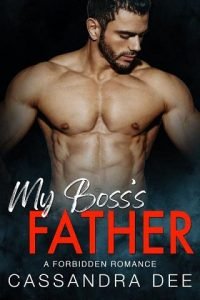 The smell of coffee fills the elevator as I wait for it to reach my floor. The Cozy Café has the freshest coffee in the city and is also conveniently located in the lobby of the marketing firm I work at. Hitting the subway without getting my caffeine fix in first is rough, but Cozy’s coffee is well worth the wait. Every morning I stop for a large mocha latte and a fresh baked praline bun. It isn’t the healthiest breakfast in the world, but it is by far the most delicious.

The elevator dings as it reaches the seventh floor. I head to the large glass doors with the red and black logo, marking them as the entrance to Metro Media. I greet our receptionist, Joanna.

“Meggy-poo, it’s going to be a good day today. I can feel it in my bones already!”

I laugh merrily in agreement. Joanna is a heavier set woman about my age. She’s very un-corporate, which I like. She has a pink bob and often wears colorful, fun clothing. Today she sports a bright blue dress adorned with pink tie-dye inspired swirls. On most people, it would look ridiculous. But somehow, Joanna pulls it off and even manages to make the style look professional. Props to her.

But even better, Joanna’s personality is just as bubbly as her outfit. She’s always bouncing about the room giggling and sharing her good energy. Frankly, every office could benefit from a Joanna in reception.

She hits me with one of her famous ear-to-ear smiles.

“Brian isn’t in yet, so I guess that makes it an extra-special morning,” she says with a wry snort. It’s something we all joke about, but truthfully it’s no joke. Our boss is a total douche, and I wish I didn’t know him. I smile at her ruefully.

“Thank god. I can enjoy my breakfast in peace.”

“You know it. Have a good day, girlfriend.”

I smile back and wave before heading to my desk. Then, I begin unpacking my things for the day. Before I even get to my first sip of coffee, my friend and co-worker Mira is sitting on the corner of my desk venting about her weekend.

Mira and I both started at Metro Media fresh out of college three years ago. We went through training together and really hit it off. We are both young, sassy, curvalicious girls who love to go out and have a good time. We frequent the nightlife here in NYC, going out for drinks and dancing until the early hours of the morning on weekends.

Lucky for us, our cubicles were placed close enough that we can sneak over to each other to gossip on and off throughout the day. It’s great for us, although probably not the most productive in the eyes of Metro.

In spite of the nasty hangover she claims she’s suffering from, Mira looks gorgeous today. She always does. She’s wearing a silky top, tight-fitting slacks that show off her curves, and shiny black heels. Her brown hair hangs pin straight and accentuates her dark chocolate eyes. Her soft olive skin looks flawless. It appalls me that someone as beautiful and outgoing as Mira could actually be having guy problems to complain about. What more could a man possibly ask for in a woman?

“Everything was going really well,” she says in a down voice. “It was the third weekend in a row that we went out together. I know I always say I don’t want anything serious, but I was actually starting to develop feelings for Nick. He made it seem like it was more than just sex too. He would hold doors for me when we went out, put his hand on the small of my back when we walked, and call me cute nick names. He asked me about my opinion on marriage and kids for crying out loud!”

I nod with an understanding expression.

“I know, girlfriend. I love that you’ve put your ‘wild-woman card’ on hold for this guy, and everything I’ve heard about Nick so far sounds absolutely perfect for you. What could he have possibly done that was that wrong for you to call it quits? Are you sure you aren’t just being overly picky, Mira? You know you have really high standards.”

My pretty friend shakes her head, and to my surprise, tears spring to her eyes.

“No, it’s not that, Megan. You are not going to believe what he told me last night. We were out having drinks and he keeps looking at me in that way, or at least I thought so. But it turns out he was sizing me up for a different reason. He said that he’s also been seeing another woman, and since it’s going so great with both of us, he thinks it would be fun for the three of us to spend some time together as a group. I didn’t even bother finding out if he wants a threesome, or some weird polyamorous relationship. I do NOT share my men. What the hell?”