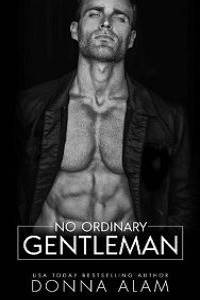 I don’t mean that condescendingly or even in a weird, fetish kind of way. I just like their company. The stories they have to tell, the things they’ve done and seen. It’s fair to say that I’ve never met an old person I didn’t like. I even find the crotchety ones interesting. You can learn a lot from just hanging out with older folks, though I can’t really explain my affinity to them except to say I’ve just always preferred their company over people of my own age right from being a little girl.

It’s not just seniors, either. Take the couple I’m currently sharing a table with. They’re not old, exactly. Just older. And such cool company. How I come to be sharing a table with them is thanks to the bar almost overflowing with people, which, the server tells me, is because of their popular happy hour and the nearby office crowd. But it’s a civilised kind of busy and the customers are mostly professionals judging by their appearances and the chiming of glasses and the low murmur of their voices. How I come to be in the hotel bar at all is thanks to my rumbling stomach, a hankering for company, and an aversion to paying the ridiculous room service surcharge for a coffee and a sandwich.

So here I am, basking in the bright spring sunshine streaming in through a wall of windows overlooking one of London’s quieter streets. The bonus of my extended lunch is Lukas and Annika, the older (but not old) couple who I’ve spent the last hour in the company of. It seems they’ve travelled the world several times over and have already been to a whole bunch of places that I want to visit, and I am absolutely drinking up their stories while swapping a few of my own.

“So you just arrived in London?” Lukas smiles encouragingly. He’s tall and angular, reminding me a little of Tom Brady. Or maybe what he’ll look like in ten years or so.

I nod in agreement and swallow a quick sip of my drink, having moved on from a cappuccino to a glass of wine at their invitation.

“I flew in from Florida yesterday, though I’m actually from Oregon.” Buttphuck Oregon. Otherwise known as Mookatill, home of the cheese by the same name.

“I don’t think we’ve ever been to Oregon,” Annika says, glancing at the hubs, who shakes his head.

“Home of tall trees and even taller mountain ranges,” I offer, sounding like I work for the tourism board. Mookatill might not be much to look at, but Oregon is beautiful.

“Oh, it is. The coastline is stunning coastline, not to mention, we have fourteen hundred lakes.”

“Isn’t there a state with ten thousand lakes?” Annika turns to her husband as he speaks.

“Minnesota,” I reply. The show-offs.

“But now you live in London.” Lukas reaches for his wine glass and swirls the blood-red liquid around the bowl. “It must be a little bit different to where you’re from.”

“Oh, just a little,” I reply with a laugh. “But I’ve lived here a year now.” And I love it, though I guess I’d be happy to be anywhere that isn’t buttphuck Oregon!

“Yep. I’ll join the family in the morning. It’s just a cab ride away.”

It’s the family I work for and not my actual family who lives in Chelsea, but I’d already mentioned that. Not that anyone would guess I wasn’t born to squander a trust fund in super cool hotel bars because I’m dressed perfectly for the part. Skinny jeans, a white vest, and a Balmain blazer; the designer must-have. Okay, the blazer’s a dupe, but it’s a pretty convincing one.

I was supposed to go straight from the airport to the house, but when I’d switched on my phone after landing earlier today, I found I had a text from Martine, my boss, to tell me she’d booked me into a hotel in the city. Something about the decorator not finishing on schedule. As you can imagine, I wasn’t about to complain. The pair could fluff cushions and reposition artwork until their hearts are content because what kind of idiot would complain about an extended vacation?

“I imagine you need to be back early tomorrow,” Lukas murmurs, placing back his glass on the table between us.

“No, they have a driver for the school run.” I’m basically a tutor and social secretary to a couple of American tween-agers. It’s a pretty sweet gig, unlike driving in peak-hour London traffic, which would probably give me a heart attack.

“It’s the best. Especially when you consider half term isn’t far away, and we’re off to Ibiza for the break.” Working for rich people is the best; cast-off Prada handbags and bougie vacations are just the start of it. “And then it’s Rome and then Lake Como when summer rolls around.”