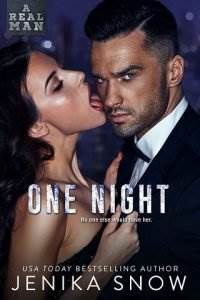 One more drink was going to be too much. I knew it, yet here I was bringing that glass to my lips and finishing off the beer in one swallow.

“Shit, Ly, you’re gonna drink me under the table.”

I felt my face flush, which had nothing to do with my best friend, Devon, teasing me, and everything to do with all the alcohol I’d been consuming. I should have slowed down, but I had a shit day, and the best remedy I thought of was getting piss-ass drunk with the only person who had always been there for me.

“Whatever,” I said and leaned my shoulder against his playfully. God, he smelled really good, like that really good-smelling cologne boys used to wear in middle school, but with Devon, there was a touch of masculinity and being all-man mixed in.

He was silent for long moments, his focus intense as he stared at me. “Are you going to tell me about it?”

I shrugged. I wanted to, but I was embarrassed, afraid of how Devon would react.

He growled low in disapproval, and I rolled my eyes, a smirk starting to form on my lips.

“I’ll be back. Gotta hit the little ladies’ room.”

I snorted at the way he said it, but I couldn’t contain my grin. He watched me for a second, the amusement on his face slowly fading as something more serious covered his face. I swallowed, because I felt that look so deep it touched every part of me.

“If anyone fucks with you, tell them I’ll kick their ass.” He gave me a wink, and I gave him an awkward chuckle.

“I’m sure I’ll be fine. No one bothers me like that, Devon.”

He stood and stared down at me for a second, the playfulness back on his face. I watched as he headed toward the bathroom. Daphne’s Bar and Grill was packed shoulder-to-shoulder despite it being a Thursday night.

Devon was tall and muscular, a businessman in every sense of the word. But when he wasn’t in the office delegating jobs, helping to run a big company in the small town of Hadensville, he was just my best friend who knew me better than I knew myself. He was the guy who got dirty because he helped me garden, unafraid to sweat or get a sunburn because he was outside all day.

He might wear a suit during the day, commanding and dominating people in his daily life, but after office hours, he always threw on a pair of faded jeans and an old shirt, and was the type of man who’d give you the clothes off his back.

The white T-shirt and jeans he wore fit him perfectly, formed to his muscular, masculine body, yet were loose enough it didn’t look like he was busting out of them from all that alpha strength he exuded.

I exhaled roughly at the thought of him doing all kinds of inappropriate things to me. It was hard to be around him and keep things on a purely friendly level. I hated it, but I knew it was essential. Anything more, as in telling him how I felt, could be disastrous. And he was all I had, so risking that was not an option.

It wasn’t as if I could tell anyone how I felt, especially not my family. My parents were too focused on their own lives to worry about their grown-ass daughter and who she loved.

Besides, I wasn’t exactly close with them, couldn’t tell them how I felt. Hell, I hadn’t even told my mother when I started my period at the age of thirteen. That’s how not close we were.

And friends? I laughed at that. I kept to myself, and the only real friend I had was Devon. Everyone else was either a coworker—or they had been before I lost my job—or acquaintances.

And as I looked around the bar, saw how packed it was, it seemed like a lot of people were having a shitty day just like me.

I pushed my beer glass aside and placed my elbows on the table, resting my head in my hands and closing my eyes as I exhaled. I was getting tipsy, feeling that liquid courage move through me. I lifted my head and stared in the direction Devon had left. I felt things I probably shouldn’t for him, things that “just friends” didn’t feel for each other.

I’d known him nearly my entire life, being transplanted into this town when I was just ten—thirteen years ago—and Devon was immediately there to take me under his wing.

And if I were being honest, I had feelings for him as soon as he’d given me his adolescent, goofy smile, as soon as I felt that protective bond with him. He looked after me, didn’t let anyone mess with me or tease me. He made sure I was accepted no matter what. And if someone bullied me, picked on me, hell, if a guy showed interest in me, Devon made sure it was known that there would be repercussions.