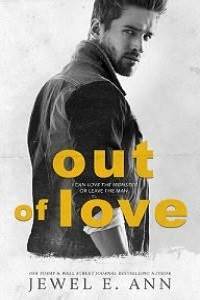 “Ethan said your dad’s a psycho.”

I slammed my locker door shut and scowled at my best friend. “You can’t be serious.”

Maggie’s nose scrunched. “I know. Your dad is way better than my dad. And he’s hot as fuck. My dad … well, you’ve seen him. It’s not pretty.”

“Maggs … yuck! You know I hate it when you talk about my dad like that. He’s a computer geek and my dad. Please stop saying as fuck in the same sentence as my dad.”

“He has tattoos and knows martial arts.” Maggie ambled toward algebra. “And he doesn’t have a dad gut. And he doesn’t make rude bodily noises around your friends. That makes him hot as—”

“Lalalalala!” I covered my ears and then fell into a fit of laughter. “Seriously, lots of people have tattoos. And martial arts? Whatever … he’s all talk. I mean … he teaches a community education self-defense class. He knows how to break someone’s nose if they try to steal his wallet, and he gets pepper spray at a discount. I’d call that paranoid, but not psychotic.”

Maggie gripped the straps to her backpack and shrugged. “Ethan said he was risking his life by telling anyone, but he swears your dad was waiting for him last night when he climbed out of your bedroom window.”

“My dad wasn’t home. Ethan’s full of shit.” I grabbed a sports drink from the vending machine.

“He’s telling people your dad threatened him. Said he could either play football with two functioning legs or date his daughter from a wheelchair.”

“I’m just telling you what Ethan’s telling everyone. But seriously, Livy … what was Ethan doing in your room?”

I smirked, opening the door to the classroom. “Just stuff.”

“DAD! STOP!” I chased after my dad as he stalked up the sidewalk after Brendon. Poor Brendon wasn’t wearing pants or a shirt, just a red pair of boxer briefs and the most terrified expression I had ever seen. His clothes remained scattered on my bedroom floor—abandoned—just like his car across the street because … his car key was in his pants.

“Livy Eloise Knight …” Dad pivoted toward me when Brendon’s half-naked body took a right at the street corner. “Get. Inside. The. House.”

My bare feet slapped the concrete in the ordered direction, pounding the rhythm of my displeasure with each step—a retreat to my prison. “You are such a hypocrite!” I spun around as soon as the front door clicked shut behind him. Crossing my arms over my chest, I canted my head and squinted at the overprotective warden.

His gaze inspected every inch of me. The transparency of his thoughts fed my anger. He didn’t like my tight, ripped jeans, my pierced belly button, or the thin fabric of my top. I hoped he could see the transparency of my thoughts too. It’s my body.

“Bring me his clothes and his car key.” The muscles along his jaw flexed as he clenched his teeth.

“You’re ruining my life!” I balled my hands into fists.

“Were you a virgin at sixteen, Dad? Huh? Were you?”

“That’s what I thought. So … whose dad tried to kill you when you screwed his precious little daughter? Did you, Mr. Rule Abiding Jackson Knight, get chased up the street in nothing but your underwear?”

“I miss Mom,” I whispered on a sigh and fled to the solace of my room.

“I’ve heard rumors …” Garrett said as I slid his shirt over his head.

It wasn’t ideal, but the back seat of his SUV had enough room to do what we couldn’t do at my house or his. Four out of seven of the lights in the vacant parking lot were burned out. And I was a week away from turning eighteen.

Two weeks away from graduation.

“What rumors?” I tossed his shirt aside.

“About your dad.” He unbuttoned my blouse.

“You can’t believe everything you hear.”

Garrett moved to San Francisco at the end of the previous semester. It was pretty shitty of his parents to make him move to a new school one semester shy of graduation.

“I heard dating you is a bad idea.”

“Who said we’re dating?” I smirked as his gaze fell to my breasts barely hidden behind white cotton lace.

“Is this …” He scraped his teeth along his full bottom lip, eyes drunk on the sight before him.

“Is this what?” I reached around to unhook my bra.

“Your first time.” His jaw relaxed, drawing in a shallow breath.

“First time in the back of a vehicle?” My bra shifted a few inches, fully exposing my chest.

“Sex?” I brought his hand to my breast, letting my eyes drift shut when he gave it a gentle squeeze.