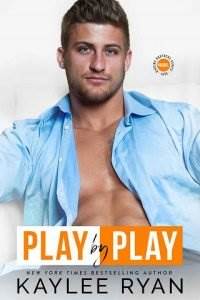 Have you ever done something accidentally on purpose? You know, pretend that you “accidentally” forgot to complete a task, when the truth is that you didn’t want to do it or didn’t have time? I guess that’s also called a little white lie. However you want to refer to it, I just committed the crime.

She left me no choice.

For over a year, I’ve been asking Samantha Wilson to go out on a date with me. Every time she turns me down. Although her words say no, I can see it in her eyes, she wants to. She’s stuck on this concept that I’m a player. Sure, I played the game on and off the field. Now that I’m retired, I’m ready for more. I want to settle down, and Samantha claims she doesn’t believe me.

She wants me, but she’s fighting it. I’m just a regular guy. I know it’s the fame that scares her. If she could only look past that to see the man, we’d be dating if not married by now. Yes, I know that’s a big assumption, but it’s also a big deal that she’s all I can think about.

I can still remember the day I first laid eyes on her. I had just announced my retirement from the NFL and had moved back home to Nashville. I was born and raised in Ohio, but my sister married a musician, and once she started having babies, Mom and Dad couldn’t stand the distance. They moved here soon after. I love the city and being close to my family. As soon as I announced my retirement, I put my house in Texas up for sale and headed home. Once I was settled in, it was time to connect with some old friends. Royce Riggins and I went to college together and stayed in touch through the years. I called him once I was settled, and we set up a time to have lunch.

That’s when I saw her. My Sam. With her long brown hair and those big brown eyes, she captured my attention immediately. And although she thinks I’m playing, I’m not. Sure, in the beginning, it was me seeing a beautiful woman and wanting the pleasure of her company. Now, it’s more than that. So much more.

That brings us to now. I stopped by Royce’s office earlier and purposely left my cell phone on the chair in his office. I wanted it to look as though it fell out of my pocket. The crime I told you about? That was my phone call to his office from my landline asking if I left my phone. Of course, he found it and insisted his assistant—my Sam—could drop it off. Apparently, she was dropping off some contracts and would be in the neighborhood. I knew all of this. He told me already, hence the reason I left my phone, hoping like hell this was how it would play out.

The buzzer sounds, letting me know that someone is at the gate. Showtime. “Yes?” I say into the intercom. I send up a silent prayer that my sister and brother-in-law Kacen aren’t outside in their yard to hear this go down. I bought a house on their street, along with the rest of the guys in Kacen’s band. It’s like our own little village. Kacen will never cease to give me shit over the beautiful woman who spent time at my place. Not that I really care. He was the same way when it came to my sister, Logan. He loves her fiercely and makes no apologies for it.

“Hey, player.” Sam’s voice cracks over the line. “I’ve got your phone.”

“Thank you,” I tell her, buzzing her through. I don’t waste time as I rush to the door to greet her. “There she is.” I smile as she climbs out of her car. Her long tan legs are in a gray pencil skirt that has me thinking about what it would feel like to have them wrapped around my head while I—

Her voice interrupts my thoughts.

“Earth to Jase.” She laughs, and the sound grips around my heart. “I lost you there for a minute.” She takes three more steps, and she’s standing in front of me. “Here’s your phone. You know, you might want to keep a better eye on this thing, player. Losing it will surely interfere with your hook-up game,” she teases.

“Samantha.” I shake my head. “How many times do I have to tell you, there is no hooking up. I’m waiting for you.”

“Yeah, yeah.” The smile on her face as she shakes her head in disbelief tells me she thinks I’m teasing.

“Oh, no.” She chuckles. “I’m not falling for the ‘come inside so I can seduce you’ play. I thought you had more game than that, Andrews.”