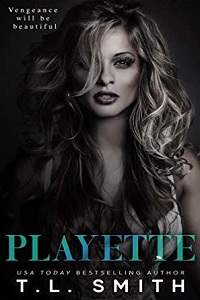 I cover his mouth with my hand, it’s the last thing I want to hear. He bites my hand thinking it’s some kind of play but I shake my head at him and say, “Stop it.”

He does, exactly as I command. Then he pushes again, biting his lip this time to stop the groaning from leaving his mouth. But then, oh God, it comes out again. “Arghhhh.”

It is not even the groan, it’s how he does it. He gets this look on his face which makes me wonder why I went back to his house in the first place. The dimple, that perfect hair—I’m sure that’s what it was.

As I lay underneath him, he pumps inside me like he’s on some kind of mission to build a fence and I am the railings he’s hammering into position. It’s now I wonder, Is he really that good looking? My brain answers quickly, No, he isn’t.

I needed sex, so I went out on the hunt and this stranger came up to speak to me before I even caught sight of him. He had some cockiness about him that made me think, maybe he would be good in bed.

How wrong I was.

He’s up there right now, in the top three worst fucks I’ve ever had. Losing my virginity was the first, so this is saying something.

I wait for him to finish, because I know he’ll come before me. He has that god-awful look on his face and I’m nowhere near done. I’ll have to go to the bathroom or wait until I’m home to finish myself off because he sure as shit isn’t going to that’s for damn sure.

“Arghhh,” he groans loudly, his face scrunching up so badly that I have to look away otherwise I’m going to be physically ill, right here, right now.

Turning my head to the side I see a picture of a woman on his nightstand. She’s standing next to him looking up at him as if he’s everything to her.

Has she slept with him? Because I’m sure if she had she would change her mind.

He collapses on top of me. I have to push at him to move and get him off of me. I no longer want his body near me let alone touching mine.

He rolls over and places his hands on his face before he speaks, “You are amazing.”

I huff an answer because it’s all he deserves while I stand and reach for my dress, and slide it on.

I need to get out of here.

Turning back to look at him, I find him watching me with intent. “Stay. We can go again.”

No fucking way, that dick of his is never coming near me again.

“I have to go.” I reach for my purse as a door clicks open in the apartment.

He gets up on his elbows and scrunches his face as he looks to the bedroom door.

Ah, so that’s his name. I never asked. Didn’t care. Never do.

“Fuck!” He jumps from the bed naked.

Yeah, he does look good, it’s what had me fooled. But looks aren’t everything, obviously. Unless your game is vengeance, then you need to look good to carry it out successfully.

“Get in the closet,” he says with a look of terror on his face.

I laugh as he opens the door, expecting me to get in. “Not happening,” I say turning away from him and opening the bedroom door. When I do, I see the blonde from the photograph standing there, her face has that classic shock written all over it when she sees me. Then when she looks behind me and notices Michael she starts to cry.

He nods his head.

Turning back to the girl, I smile. “Do you really want to get fucked by someone who doesn’t know how to please a woman for the rest of your life?” I give her a small smile. “I would suggest leaving. Honestly, there’s no loss here.”

Her mouth opens in shock as I walk past her to the door.

“Arghhh,” I repeat his groan before walking out into the cool night air.

Walking back to my shithole of a place, I wonder if she will stay or will she leave him. Will she accept having the worst sex of her life, forever?

As a little girl I never saw myself where I am right now, never thought this would be my life. Yet, here I am standing out the front of a building I was never even allowed to look at as a kid. Dragging my hand along the metal rail as I make my way up to the strip club where I was hired over a month ago. It’s one of their places, I haven’t seen them around yet. But I am a very patient woman.