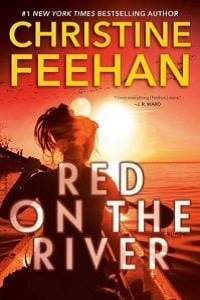 Vienna Mortenson pushed her shiny key into the private elevator to take her to the floor where her suite was located. She had never been impressed with money. Never. She preferred camping outdoors to hotels, no matter how luxurious they were, and casinos were not her thing. Being a nurse and seeing time and again what cigarettes could do to people, she despised the smell of them. Just walking through a casino floor made her want to tell all those people smoking what was inevitably going to happen to them. Yet here she was, being impressed with this particular hotel.

The Northern Lights Hotel and Casino was owned by billionaire Daniel J. Wallin. Vienna was aware that he had partners, but Wallin had started the hotel; it was his concept and he owned the majority of shares. It was rare for a single hotel to do the kind of business that his did. It was popular, full to capacity at all times. The twice-a-year gambling tournaments drew the biggest names and had some of the biggest returns, which was one of the reasons she had decided to participate even though it required her to be there in person.

Normally, Vienna competed online. She’d built her reputation through her username luckypersiancat. She’d managed to pay for her mother’s cancer treatments. Her mother still lived in Vegas with her partner, and Vienna paid her rent using her gambling money. She’d put herself through nursing school. She owned a nice house in Knightly, where she resided with her Persian cat, Princess. She’d put quite a bit away for retirement and invested most of the rest of her winnings. She gave a great deal of the money to the local hospital and also invested in search and rescue gear for the county she lived in. She had established a scholarship program for single mothers with children. She’d been careful to stay under the gambling radar, living and working in Knightly at the local hospital. She was also head of Search and Rescue for the county.

“Honey, hold that elevator,” a voice called out.

Vienna turned. She didn’t particularly like to be addressed as “honey” by total strangers, but the gentleman calling out to her was older. He looked to be about seventy, with thick gray hair and faded blue eyes. He did look fit, even though he walked with a cane. She flicked a quick, assessing glance over him to see what his injury might be. He didn’t appear to have one. He wasn’t actually limping or even leaning heavily on the cane. He wasn’t even walking with it correctly. He did have a key to the elevator in his hand, so she held the door.

She looked past him to the man behind him and her breath caught in her lungs. Everything in her stilled. She nearly let go of the door. Zale Vizzini. The moment she saw him, she could taste him. The way he kissed. Feel him inside her. The way he moved. The way he filled her. No one was like him. No one ever would be again. Her eyes met his, and she caught the little shake of his head. It was almost imperceptible. His hand lifted to his chest and he waved her off—again, the smallest movement.

Vienna flashed a brilliant smile at the older gentleman, who was nearly to the elevator. “You know, if security is watching, I’ll probably receive a visit from them.”

“And rightfully so,” the man said cheerfully. He stepped inside the cedar-scented elevator, hooking the cane over his arm as he did so. “I’m Wayne Forsyne. You’re actually more beautiful in person than in your photograph, and I thought that was extraordinary.” He completely ignored Zale slipping into the lift behind him and settling against a wall.

The doors slid shut silently and the elevator began to rise. Vienna kept her gaze steadfastly on the older man, although every nerve ending in her body was vividly aware of Zale. It was embarrassing and rather humiliating not only that she could feel his body heat when he was completely across from her but that she could feel her entire body reacting to his presence. That never happened around other men.

Deliberately, she sighed. “I suppose you’re referring to that obnoxious wraparound photograph the hotel has of me along with the other tournament players going around and around the outside of the hotel and then in the lobby and again in the casino?”

“You look lovely, even more so in person.”

“I think it’s a little overdone to have us everywhere, not to mention it seems like it’s miles high, but I suppose it’s good advertisement for the hotel and casino.”

The elevator smoothly came to a stop and the doors glided open. Forsyne waved for her to precede him, and she did so without hesitation. She didn’t need to be in such close proximity to Zale. She would know his scent anywhere. The cedar in the elevator couldn’t cover the way his skin hinted at first snow and fresh rain in the High Sierras.