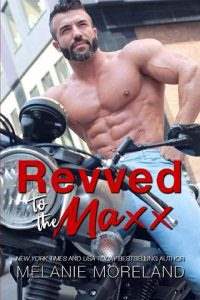 The night was pitch black, and outside, the wind blew hot and strong. The only other sound was the low beat of the rock music playing in the background. I took a long draw on the bottle of beer I had grabbed from the small fridge in the garage and finished the sandwich I had thrown together. I stared at the computer, then opened a new document. I scrubbed my face in vexation. I had no idea how to do this, nor did I particularly want to, but at this point, it was something I had to try, like it or not.

I sat and mulled over the list. None of the descriptions seemed right. A memory floated through my head of my dad and mom in the office. He always called her his Girl Friday, saying there wasn’t a task she couldn’t do. He always insisted she was better at everything in the office than he was and he’d be lost without her. That was the sort of person I needed. I typed it into the ad.

Must also be proficient at bookkeeping, invoicing, other various duties

I looked over the list with a frown. Mary, my neighbor, had told me to place an ad on this site and be very specific about what I was looking for. I reread the list and started typing again. When it was done, I checked it, deciding it was specific enough.

Must also be proficient at bookkeeping, invoicing, banking, inventory control,

Must be able to drive, be highly organized, and able to work without supervision.

Ability to make pies an asset.

Saturday afternoons and Sundays are free

Room with private bath. Board plus salary.

I looked around the shop. I needed help. Since Shannon had taken off, things had gotten worse. They’d been slipping for a long time, but somehow, I had never noticed. I snorted and drained my beer.

I hadn’t noticed a lot of things.

I paused. Was the pie thing a bit over the top? I knew pie making was a lost art and probably not done by people under the age of fifty. I decided to leave it. Maybe it would weed out the non-serious applicants.

I loaded up the document on Solutions for You and double-checked it for errors. I liked the fact that with this website, you could “chat” with interested parties and get a feel for them before hiring. I had tried a couple of other job sites but didn’t like them. This one had simpler guidelines and was not only for jobs. You could buy and sell things. Trade. Post for lost articles. In the past, I had only used it to find parts, but Mary had found her last two helpers there and encouraged me to try. It seemed like a good idea. I had nothing to lose at this point. I wasn’t really holding out much hope on this idea, although I had to try something.

You could choose the reach of your ad, and I purposely set this one for outside my region, but within the province. I had to hire from outside the small town where I lived. I didn’t want to see the pitying looks or give the gossips anything new to yak about by having them here in my shop and, especially, my home. I needed a stranger with no connections to this place or me.

Someone I didn’t know or care about and who felt the same way about me.

It was simple. I needed a job done, and I was sure there was someone out there looking for a job to do.

Now, all I had to do was wait for the applicants to fly in.

Who could resist such a great job offer?

I stared at the piece of paper in my hand, horrified. I was certain I had to be reading this wrong.