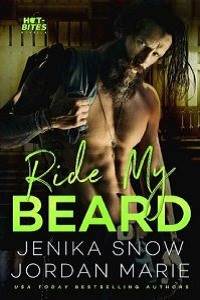 The Bottom of the Barrel, which name is pretty accurate for the customers who show up here, is busy as usual. If I didn't need the money, and wasn’t always guaranteed a handful of tips at the end of the night—mainly because the guys think I’m sleazy and roll that way—I'd walk away from this place and never look back.

But as it is, the shitty town I live in doesn’t have very many options of employment, especially for an eighteen-year-old with a family that has made sure everyone views her as trailer-park trash.

A mother who has a steady number of random men rolling between her sheets and a father who only sees me as a one-night-stand mistake. This is the life that has always been my constant.

The music is loud, the jukebox in the corner older than I am. It's got buttons missing and a few songs skip constantly. But for the crowd that comes into the bar it's good enough.

I take another order and go back to the bar, waiting until Slim makes his way toward me.

“A Jack and Coke and two Millers.”

He doesn't say anything as he fills the order, but it's busy as hell tonight and we're both running on steam. My feet ache, and my shorts are a bit too small, but then again it’s what gets me those killer tips.

I might dress so I show off a bit of skin, but I’m not easy. And if any of these assholes knew I was a virgin, that I’ve never even been felt up because I chose that, because I wanted it as a consenting adult, they would probably become even more disgusting than they already are.

I turn and look at the bar, the crowd thick, the air hot and heavy. This place is such a dump, with half the customers missing teeth, their guts hanging over their too-big belt buckles, and the stains on their shirts as prominent as the watermarks that line the ceiling.

I'm about to turn around and grab the orders that Slim put on my tray when I notice the front door swing open. Despite how hot I am, the beads of sweat between my breasts trickling down, I freeze. Chills race along my spine, move over my arms, and I swear it's as if this icy touch has a hold on me.

There, walking in like he owns the damn place—which holy hell, does he ever—is Ryker Stone.

His pants have that worn appearance, and God, does he look good in them. The silver chain that hangs from his pocket and down across his thigh catches the light briefly. He's wearing a t-shirt, that, although it fits him perfectly, also tells of the power he wields.

He's not a huge guy, not muscular like a bodybuilder. But he is tall, toned, ripped in every aspect of the word. He’s lean with cuts of muscle that tell a person he'll kick their ass and not have any trouble doing it.

My throat is so dry, my tongue suddenly feeling too thick. He's older than me, by a couple decades, in fact. But I don't care about any of that.

I have wanted him since I was sixteen years old and saw him working under the hood of a car. Grease had covered him in the best of ways. And his hands—God, his hands—are so big, with veins that are roped up his muscular forearms. Every time I see them my legs get weak, I grow wet between my legs, and my breathing becomes ragged as I think of all the things he could do to me with those hands. I might be a virgin, but it’s purely by choice. I’m not shy about the things I want… It’s just I want those things with Ryker Stone. He makes me think filthy thoughts.

I look into his face and take in his beard, one I image pressed between my thighs as he eats me out…

“Order up,” Slim shouts over the music so I can hear.

I force myself to turn around, grab the tray, and deliver the drinks. But even though I'm not looking at Ryker I can feel his gaze on me. I swear it's like he's taking my clothes off, just tearing the material from my body so he can get to the good parts.

And God, do I want him to get to the good parts.