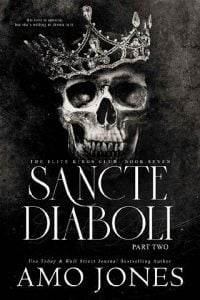 I don’t think anyone can completely explain the feeling of betrayal. The gaping hole that throbs in your chest right where your trust used to be. It can never be replaced. When someone betrays you, they figuratively tear out the trust you gave them, so viciously that there’s surface damage way after it’s been eviscerated. Then you start the process of trying to replenish it. It’s not until you’re deep into wanting, needing to trust that person again that you finally realize that where that cavernous hole now lies, they’ve left behind other destruction. Fissures of harm. So now anything that is being put in there simply leaks out.

Maybe I can explain the feeling of betrayal.

Maybe that should scare me.

Maybe it should scare them.

But what it doesn’t do is change the events that happened. That led me to where I am today. Here. Right now. After being taken away by one of the only people I have ever trusted.

There’s a knock on the door. Knock knock knock. I should say come in. Be polite. But as I study the Band-Aid that’s pressed against my throat, the dark shadows around my eyes, and the tacky straw I once called hair, I realize something.

Everything that happened last night was real.

Exhaling the breath I didn’t realize I was holding, I place my hands onto my lap while keeping my eyes fixed on myself in the ornate mirror in front of me. “Come in.”

The discreet protest of marble against heel. Quiet footsteps I don’t recognize. There’s a slight shift in the atmosphere, as if my simmering rage has been blanketed by a sense of calm.

“Saint.” Her voice is tender, which is a complete contrast to her energy.

I refuse to look at her. Whoever she is, I think I recognize her voice from right before I blacked out.

A glass filled with orange juice is placed down on top of the antique vanity. I fight not to grab it at lightning speed. My mouth turns fuzzy, as if I’ve been sucking on cotton balls. So thirsty.

“I’m Veronica.” Beads of condensation slide down the cool glass.

I shuffle in my seat.

She continues, “Welcome to my home.” There’s a pause. “For goodness’ sake, child. Take a drink before I do it for you. It’s giving me a headache, really.”

I reach for the glass and stifle my sigh when the cool thick pulp slides down my parched throat. God. It tastes like it came from the Garden of Eden. Not necessarily a good thing, historically speaking.

Running my tongue over my cracked lips, I finally bring my eyes up to the figure in the mirror. “Where am I?”

She has long—impressively long—raven hair that doesn’t stop until it is laying on her lap. Though with hair that long, you wouldn’t expect it to have such a silky shine to it. The light, which hangs above us, reflects it like a honey glaze. Her almond-shaped eyes are enticing, yet dangerous, but the cobalt color releases a warmth over her features. A single mole is below her left eye, and on her, it only adds to her beauty. She isn’t beautiful, though.

Her slender finger taps against her pale thigh, her nails the color of Brantley’s room. Pointed, sharp, dark. On her middle finger, a silver ring pierces through her nail.

The silence isn’t uncomfortable. It’s as though it bathes all of the noise that runs rogue inside my head.

She wears a short leather skirt that almost looks one size too small, yet somehow only makes her curves seem more seductive, and a black leather jacket with a small bralette underneath. It is opened, revealing a sliver of the body she keeps beneath. A gold choker is clasped around her dainty neck, with a chain leading down her sternum before connecting to another that hangs around her lower belly. Thigh-high leather boots—again black. She is almost like Morticia in the flesh.

“Get a good enough look, our little Hecate?”

“Hecate?” I boldly ask, turning in my chair to finally give her my undivided attention.

“Yes.” My palms sweat. I don’t want to talk about this right now. “Though I don’t understand why you would nickname me after the Guardian of the Crossroads.”

She studies me closely, her smug smile never leaving her face. Black painted lips, onyx eyeliner smudged around her eyes, and cheeks pinched pink. “Maybe you need to study more?”

“Why am I here?” My shoulders stiffen. I’m suddenly aware of everything surrounding me. The room, which drips opulence, the soft classical music playing in the background, an ancient clock ticking, the pungent smell of bleach.

She crosses her legs, resting the palms of her hands on top of my bed. “Well, baby steps, child. Baby steps.” Her eyes fall down my body. “Your shower is through the third door to your right.” Her finger points across the room, but I’m so ensnared by this strange woman that I don’t look. “The one beside it is your personal closet. Use it.” She pauses, her top lip curling slightly. “Though I hear your fashion style is not as you are dressed now, I beg of you to use what is there.”