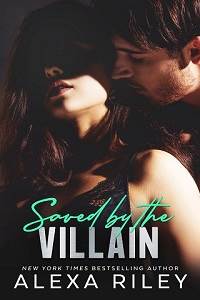 Jade Sky is a reporter with a suspicion, and she knows Gray Malice is keeping secrets. There’s something about him she can’t ignore and neither can her body.

Gray Malice has always been the bad guy, and now is no different. It’s too bad for Jade he’s set his sights on her… because he’s never letting go.

Warning: Come on, who doesn’t love the villain!

“What’s it gonna be?” I ask Nick. He’s staring at the VIP backstage pass to the Delicate Girl Secrets event that’s happening tonight. In his hand is what I need, and this is a trade that will make us even this time.

I was able to snag one of the badges and get Nick’s name on the list because I live with three models. Living with three models can have its perks, but it can also have downsides. One of them being I can’t keep food in the condo, and I have to hide all of my snacks in my bedroom.

I’ve done some modeling in the past, which is how I landed in a condo with three of them. I moved to the city two years ago for hand modeling. The other girls are full-on models and I haven’t done a hand job in over a year. Yikes. I make a mental note to never call it that again, even in my head. I’ve been able to stay afloat while blogging since my website grows each day with the news and gossip I supply.

Another perk to living with three models is I get to hear a lot of stories about celebrities or wealthy people around town. My little blog has really started to gain attention. I hadn’t meant for it to turn into this because the truth is, I’m just a bit too curious and nosy for my own good. That same curiosity is why I’m standing in front of Nick right now and trying to make this exchange.

The bigger my blog gets, the more pressure I feel to feed it bigger stories. Only this time I think I’ve bitten off more than I can chew. The story I’m working on, if true, would make news around the world. It could also maybe get me killed.

It’s too late now. I’ve already come this far. Plus, if this is true, the world needs to know, and I don’t trust handing over what I’ve put together already on my own for two reasons. One, I don’t think anyone would believe me and two, I think I’ll get whacked. Is it still called whacked or is that only old-school mob lingo? Doesn’t matter. Dead is dead.

“This will only work for a few hours. I’m sure someone will see the system has been hacked and they’ll do some reset and clear out this card.” Nick hands me the key to Gray Malice’s vehicle. It’s not a normal key to a car. It’s in the shape of a credit card.

“How does it even work?” I turn the card over to see both sides.

“It’s a sensor. The car will know to unlock if you’re near it with that in your pocket.”

“Yep. Welcome to the future.”

“The future of the wealthy,” I mutter.

“I really hope you know what you're doing. Not only did you have me hack into Carsela’s vehicle system, you had me print you a key for Gray Malice’s vehicle.” I’m pretty sure Carsela got their fancy new technology for their cars from JM Technology. It’s fitting I’m going to use his own creation against him.

“I’m sure you’ll forget about this when you’re surrounded by a hundred women in their underwear and heels.” I hand him the badge to get into the event and he snatches it up like it’s a key into heaven. I suppose for him it might be. “It’s been nice doing business with you, Nick.”

“This is the last time, Jade!” he calls after me. He always says this is the last time, but it never is. I think Nick enjoys this as much as I do. While I’m in it for the thrill of finding out information, he’s in it for the thrill of seeing what he can hack his way into. He thought my request at first was strange. Until I told him whose car I wanted it for. Gray Malice.

He’s the elusive billionaire trust fund child of John Malice, who died years ago, leaving it all to his one and only son. Only Gray isn’t a child anymore. He’s a grown man. One with a handsome face that might have a monster lurking underneath it.

Once upon a time, JM Technology was one of the good guys. They made and are still making technology that can save lives. At least they’re pretending they still are.

I was a bit skeptical when I overheard a piece of information I shouldn't have when I’d gone out with my roommates one night. This wasn’t the first time that happened. I would pretend to get drunk while sucking up all the information I could get. They could get into anywhere, and sometimes that anywhere was with very rich men who would have a few too many drinks and start to talk business while thinking the girls around them weren’t paying attention.