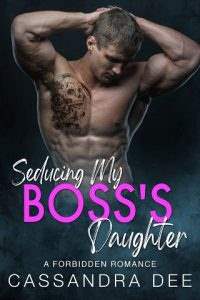 Discarded dresses and shoes litter both of our twin beds. My roommate and best friend, Emma, has tried on every sexy dress we own, and in turn made me do the same. I can’t pretend that it really bothers me, though because we’re thrilled to be rooming together for our freshman year at the School of Visual Arts in Manhattan. After all, I could have been paired with that strange woman who handwashes her crusty panties in the sink, or the other one with purple hair who listens to Lion King on repeat. I love her hair color, but isn’t Lion King from twenty years ago? Nonetheless, Vanessa loves to sing Simba’s part at the top of her lungs be it 5 a.m. or 5 p.m.

So I’m lucky because not a lot of freshmen get a choice when it comes to selecting their roomie, so even if the room isn’t big, Emma and I are just happy to be together. Plus, my buddy is taking full advantage of the fact that we’re finally away from our parents. She’s decided that she wants to live it up, which means that we’ll be partying hard tonight.

“How does this look?” my friend asks, while turning to study herself in our full-length mirror. To be honest, Emma looks like a tramp, but I guess that’s the point. Her rear end is barely encased in a tight red strapless dress, and her tits are falling out the top.

“Good,” I say enthusiastically with a nod. “How do I look?”

Emma turns to glance at me with an approving nod.

“You look skankalicious, honey. The men are going to love it.”

I giggle because “skankalicious” is right. My black dress barely covers my curves – it’s more like a bikini top that’s connected to a mini-skirt beneath using thin strings. The cutouts barely hide my bouncy breasts, and honestly, when I adjust the bra top, it tugs on the skirt, making the material hitch up my thighs even further. It’s scandalous, but that’s why I love it.

After all, I’m a senator’s daughter and most of the time, I’m expected to be prim, proper and presentable. Tonight though, I’m going for the opposite, and I hope the male population at this party appreciates my efforts.

“Why does this party have to be in Brooklyn though? I swear that’s sooo far away.”

“Girl, don’t you know? The best parties are in Brooklyn these days. Everyone at clubs in Manhattan is bridge and tunnel, and we don’t want to hang out with that crowd.”

I just shake my head at her. “Emma, it’s not the bridge and tunnel crowd that has you screaming. I know you just want to go to this party because Server’s going to be there.”

Yes, my buddy’s latest crush is named “Server.” I think he made it up himself, and his real name is probably something totally inane like “John.”

“Well, it definitely doesn’t hurt that he’ll be there,” she says airily. “I mean, Server is gorgeous, and he’s a senior. You should be happy we got invited to this party, anyways. We’ll probably be the only freshmen there.”

I smile with exasperation.

“But is that really a good thing? I mean, being surrounded by snooty upperclassmen?”

“Server’s not snooty! He’s very down to earth!”

I have to agree on this point because Server has a stoned, skater-boy air about him and I wouldn’t be surprised if he’s dealing MJ on the side too. How he’s managed to make it through four years at SVA is beyond me, but I nod.

“Okay, you’re right. He’s not snooty but still. Sunset Park is so far away. Honestly, I never heard of this neighborhood until we looked it up fifteen minutes ago.”

Emma laces her arm through mine and smiles at me. “Katy, you know it’s going to be fun, so just stop. Maybe Server has some hot friends you can hook up with.”

“Girl, you are all about the hook-ups. Don’t think I haven’t forgotten what happened with that make-up artist Max Wyndham. He’s married now, right?”

“Yes, and he and Rachel have a gorgeous little girl named Beverly now too. But yeah, that was a pretty scandalous period of my life.”

I grimace a little bit because I don’t know what I was thinking. Let’s just say I was going through a promiscuous phase while bedding men right and left. Even more, I was shameless about it. After Max did my make-up for me for my high school graduation, he accidentally left his phone at my place. I was making out with a guy one afternoon (okay, I was riding Topher pretty hard with my big boobies bouncing) when Max’s phone rang, and I picked up. I know I shouldn’t have, but it was the sex hormones that made me do it, I swear!