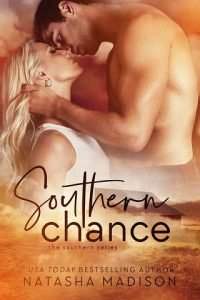 “Senior prom!” I exclaim, looking over at Jacob in his suit with the white rose pinned on his jacket lapel. We just left my house where we must have taken a million pictures. “Can you believe it? In just a few more months, we will both be in our own little apartment off campus.” I smile over at him, and even in the dark, I see his blue eyes shining at me. Leaning over, I kiss him and can still taste the punch on his lips.

Jacob and I have been two peas in a pod for as long as I can remember. Every memory, good or bad, was always with Jacob by my side. It also helped that our moms met one day at the local coffee shop and became best friends. We had sleepovers way before we knew what sleepovers were. He was my best friend, and if I’m going to be honest, I fell in love with him when I was seven and he carried me inside after scraping my knees. I never looked at him in any other way until grade seven when he started dating Becky Statson, and I suddenly went from liking her to loathing everything about her.

The old saying “you don’t know what you have until someone else has it” is one hundred percent the truth. I waited with bated breath while they dated. When they finally broke up, I confessed my feelings for him, and we’ve been a couple ever since. He was my first kiss, my first everything, and I knew that it would only be a matter of time until we got married. Growing up in a small town meant everyone expected us to get married right out of high school, so even our parents were surprised with our decision not to get married right away.

We pull up to the school, and he parks in his regular parking spot. The music from inside seeps out, and the disco ball and lights can be seen flashing in the windows. People go in and out, and some hang around outside. Jacob gets out of the car and walks over to my side, opening my door. His hand reaches out to help me, and then he closes the door. I thought he did this to be romantic, but he told me he did this so he can pin me to the side of the car and make out with me. I did not care in the least. “You’re going to crush your flower,” I say right before he pushes me into the side of his truck and his lips meet mine. “It’s a stupid flower anyway.” My hands go around his neck, and just like all the other times he kisses me, he leaves me smiling and my stomach fluttering. “You owe me a dance, Mr. McIntyre.”

“Well, Miss Barnes, let’s go, so I can give you your dance and then we can go, and I can show you my surprise.” He grabs my hand and walks away from the truck and toward the school.

“I’ve seen that surprise already.” I look at him and laugh. “It’s a nice surprise. It’s just after the first fifty times, it’s not really a surprise anymore.” He just shakes his head, and we are about to walk up the steps when we hear someone call Jacob’s name. I turn to see Savannah wearing her regular clothes. She looks sad, like she’s been crying, and I’m suddenly concerned for her.

Savannah, Jacob, and Beau have been best friends since birth almost. Savannah’s mom worked for Beau’s mother as their housekeeper. Beau and Jacob just grew up in the same circle since Jacob’s father was the sheriff, and Beau’s father was the mayor.

“Hey.” I smile at her. We are friends, but it’s only through Jacob.

“Hey,” Savannah says, and she walks closer to us. She is the most beautiful girl I’ve ever seen. With long legs and perfect hair, you would think she was a model. “I was wondering if I could talk to Jacob.” She looks at me, and I look at Jacob. I know he always protects her, and the bond they have is more sister and older brother than anything else.

“I’m going to head in,” I say. “Come and find me.” I kiss his lips, and he just smiles at me. Walking up the steps, I head into the school and down the hallway toward the gym where the party is at. I see a couple of people I know and stop to talk to them. I enter the gym with the music blaring, and balloons are everywhere. The overhead lights are off, but the DJ has some lights flashing from white to blue to red. I wave to a couple of people and then finally find my friends, who greet me with hugs. We take pictures and joke and laugh. I really don’t know how long I’m in the gym when the whispers start.