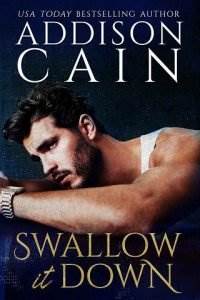 Dripping, swampy sweat had gathered between Eugenia’s breasts. Her mouth a desert. Knowing exactly how foul the act was, she delved dirty fingers between slimy mounds to bring the salty brine to parched lips.

And she sucked them clean, ignoring the taste of road dust.

Scrambling to cover exposed skin, cleavage was concealed. From head to toes, her body fully draped to protect from the relentless sun. That same protection half the reason she was melting alive in no man’s land.

Sweat. Or burn and sweat. A lose-lose situation.

Wide-brimmed hat, woven by hand and ugly as the day was long, kept the sun off her face. A bandana kept the dust out of her mouth. Layers of repurposed tee-shirts, badly sewn together animal skins, jeans, sneakers on the verge of losing their soles. Torn bits and bobs, a sea of safety pins and animal gut thread keeping her just as fashionably disgusting as everyone else since the world ended.

And the goddamn sun was relentless, miles yet until she might reach where Fresh Water marked her map.

It had been two days.

Two days without fluids was enough to kill in this kind of heat.

A lapping lakeshore—spanned by the raggedy stone bridge underfoot—was just another reminder that nothing could be trusted. Murky, undrinkable water taunted travelers. Water that had tempted many to take a sip. Eugenia had seen enough corpses on the road not to fall for nature's trick.

Not to listen to the sweet splashes as she pined for a drink.

It had once been so easy to grab a bottle of chilled water from the fridge. To not question the source or the safety. Food had been abundant and full of variety. People used words like organic, vegan, prime...

Now? Not so much. Eat what you find or don’t eat at all. And that included the rare expired snack food that one would think might be exciting when the menu often included grubs, but really… the taste of before didn't come with a sense of nostalgia. It came with a knife of remembrance.

The stone bridge. The water. The dead forest taunted her enough with what the world had been. A rare find of Cheetos just pissed her off.

Humid air rustled through branches, but there was no whisper of leaves sighing as trees swayed. Only the bony noise of clicking, snapping wood.

Pathetic last words, but worth muttering. “What I wouldn’t give for air conditioning.”

The man plodding on at her side grumbled, “They got that up in city. If you’d just go to one, you can pay for cool air like everyone else.”

John wasn’t the worst companion she’d met on the road. Of a similar age, strong enough to carry his own pack and contribute, he was the quiet sort. Only got handsy with her once. Learned his lesson and remembered the manners his mother must have taught him before nuclear war fucked up everything everywhere.

“Need I remind you, John, this shortcut was your idea.” He'd strongly suggested this very route, leaning over her without so much as brushing her shoulder when they came to a crossroads and she had to decide left or right.

With a slanted grin, he shrugged. “According to your map, this trail took two days off the journey to Fresh Water.”

It wasn’t a trail if the road was paved, but there was really no point in correcting him. Especially since she had agreed. The reason she’d agreed? Because it also kept them farther from the marked settlements on her map.

Even better, travelers avoided the dead woods under the false assumption that the forest was toxic. But there were no char marks or wilting. None of the telltale signs that hinted at radiation. The trees were dead, true, but they were also decaying. Irradiated woods didn’t decay, because they lacked the microbes responsible for recycling organic matter. These trees died after the bombs fell.

The forest died when, year after year, caterpillars decimated their leaves—damaging the tree’s ability to respirate and gather energy from the sun. Trunks fell and rotted like they were supposed to. Many lay in the road, slowly turning to sawdust.

There were bugs to eat. There were animals to hunt. There were other things growing like weeds on a grave, which meant there was also rain.

Not that Eugenia had enjoyed a sudden thunderstorm or the relief of water she might actually drink falling from the sky. From the look of the dried-out body face down in the middle of the bridge, that poor soul hadn’t felt the rain either.

Rushing to pillage the corpse’s pack, John pulled the zipper and found… nothing of value. Eugenia could have told him that. If the person had water, they wouldn’t have died on the middle of a bridge, face down and mostly ignored by the wildlife.

Let the man moan and curse.

John’s frustration was hers; it was everyone’s in the dead world where nothing was easy and everything hurt.