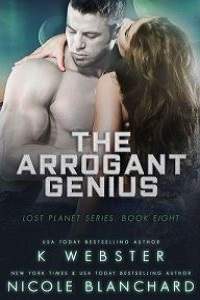 Exilium, Many Solars Ago

They are doing nothing to prevent the spread of The Rades. Rekking nothing. It’s a shock that everyone here hasn’t caught it. Perhaps they have but aren’t presenting symptoms. There’s so much to explore now that I’m here.

Several females watch me warily as I pass by. I’ve decided to remain suited at all times until I can create a sterile environment that is contagion free. It’ll be impossible for me to treat the sick if I fall ill too.

The ill. The recovered. The seemingly immune.

I’ll need lists for all three.

Lists for those too.

So much to put into order before I can even begin. But I don’t have lots of time to spare. This illness moves quickly and is quite vicious. I’ll need to utilize some of the aliens here to assist, as well as put Theron and Hadrian to work. Everyone who is capable will have a role in aiding me in my efforts to eradicate this disease.

Finding an inoculation that prevents anyone else from catching The Rades is of utmost importance. There are mortlings being brought into this world, and they’ll be sent to The Eternals if we’re not aggressive in combating this illness.

By the time I reach their poor excuse of a Medical Bay, I’ve mentally made many lists. All of which I will begin divvying out duties to both morts and humans as soon as we all meet. For now, I need to see the doctor in charge.

Irritation is already clawing at me the moment I see her dark hair. She’s facing away from me as she bends over a bed, caring for one of the sick. One sweep of the Medical Bay, and I find it sorely lacking in all areas. I’m thankful I brought my own supplies so I can jump right into what I need to do.

But first, I must deal with her.

The most obnoxious female on this rekking planet.

I won’t even acknowledge the fact that I find her incredibly attractive. I’m a male. She’s a female. We don’t see too many of them, so it’s natural for me to feel that way. If she kept her lips pressed together, I could tolerate her.

The moment she opens her mouth, I’m ready to throttle her. I swear, the woman lives to torment me. Argues with everything I say. Challenges my every word. It’s maddening.

And over the comms, when she’s had enough, she just shuts off the channel. Now that I’m here, she can’t turn me off. I won’t go away. She’ll learn that quickly.

“I’ll need a full report on the sick. It’d be beneficial if you could categorize each patient based on their stage of the disease,” I bark out. “Now, female.”

She whips around, her dark, wavy hair flying around her like the violent winds of a geostorm. Light gray eyes almost glow like a magnastrike, ready to split the earth where I stand if she were capable. For such a small thing, she radiates power. So. Much. Power.

“Here to save the day, Doc?” she sneers, her lips curling up into a wicked smirk.

I should be irritated by her taunting words, but my cock does a jump in my suit, seemingly pleased at how pretty her lips are.

And they are pretty.

I bet they taste sweet too.

“Someone must,” I say, walking past her to observe the female in the bed who is pale and shivering. “How has your cure worked, hmm?”

“It’s coming along,” she lies.

I regard her, loving the way she shakes with anger. She’d been upset when I’d gone off on her for testing on herself. It’s surprising she never contracted the illness, but she doesn’t have the wherewithal to turn that information into something useful. Like an inoculation. That’s where I come in.

“I’ll need eight vials of your blood. Now. I’ll also need a sample of that patient’s blood. Once I have a proper list of all the infected, I’ll—”

“Slow your roll, asshole,” she growls. “This is my hospital. My rules. My patients. You came here to find a cure, but I won’t have you taking over. I’ve worked hard to help these people.”

She does shush at my barked order.

Her pink, pouty lips part for a moment, and lovely silence fills the air. Who knew those words would actually work on this female? I begin making another list—one for Zoe—when a screeching surges past her lips. Her face turns from red to purple. And then she’s charging like a starved sabrevipe and I’m a rogcow.

The Rades have finally overtaken her.

She flings one of her useless fists at me. It glances off my hard chest and she groans before shaking out her hand. Her beautiful face contorts into a pained expression.

She screeches again. “Because you told me to shut the fuck up!”