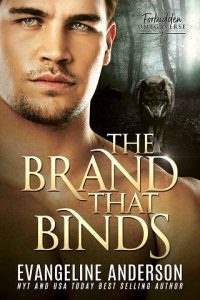 “Are you excited about your first breeding?” The girl next to me was looking at me with curious green eyes. She didn’t seem a bit upset by the fact that the two of us—along with a lot of other “unclaimed females”—were being taken to an “Open Breeding.” Which was what the asshole who had handcuffed me and kidnapped me called it.

“Excited?” I demanded, frowning at her. “I didn’t choose this and I’m betting you didn’t either!”

“Well, I mean, what can you do? If either one of us had gotten mates, it would be different. But we didn’t—none of the Alphas picked us.”

Since I had missed the “auction” which had supposedly been held the night before in the local high school gymnasium of all places, being chosen by an “Alpha” hadn’t been an option for me. But even if it had been, it wouldn’t have made a damn bit of difference. I wanted no part of this—any of it!

“So?” I shook my head. “Not being chosen by some asshole as his mate doesn’t mean we just have to submit to whatever guys happen to be out there tonight!” In fact, I intended to fight like hell, but the girl beside me clearly didn’t share my views.

“Yes, we do have to submit,” she argued, a frown creasing her pretty face. “Or do you want to die of Breeding Fever?”

“That’s not true!” The girl turned pale. “I’ve seen Breeding Fever before and it’s not pretty. My cousin died of it because she got caught out in the woods with nobody but her blood-sib brother around.” Her voice dropped and her eyes shifted uncomfortably. “And of course he couldn’t breed her.”

Her words triggered something in me—some long ago memory of childhood I had buried. I pushed it away because it hurt to remember, but the scar on my forearm, just below my wrist, throbbed, no matter how hard I tried not to think of it.

“It’s all bullshit,” I said again, fiercely. “And I didn’t sign up for any of this!”

I’d rather drag my bare coochie through gravel than let some strange man run me down and fuck me—but unfortunately, it wasn’t up to me. I was trapped and there didn’t seem to be any escape.

“I knew I never should have come back to Wolverton,” I muttered to myself, looking down at the silver handcuffs that still bound me. None of the other women in the group huddled in the back of the van were handcuffed. But then, none of the others had been kidnapped right out of their car and forced into the Open Breeding.

It had all started when I’d gotten the bright idea to try and track down my roots. I hadn’t lived in Wolverton, Georgia in years—not since high school. But I had grown up in the area and I had been trying to track down some relations.

It’s not easy being an orphan—not having a soul you can call family. My father had died in a fight when I was a kid and my mom had died a little later on in a car wreck, leaving me to the tender care of the foster system—which in Wolverton, let me tell you, is not great.

In a fit of hopefulness, I had done one of those 23 and Me DNA tests and had turned up a great aunt I hadn’t known I had. The state hadn’t known about her either, apparently, or presumably I wouldn’t have been dumped into the foster care system when my own mom died. Or maybe they had found her and she just didn’t want me.

Either way, I’d convinced myself it was a good idea to take a sabbatical from my comfortable job as an adjunct instructor of Women’s Studies at Mount Holyoke in Massachusetts and come trace my roots in the Deep South.

I hadn’t found my great aunt—or at least, not alive. She had a small gravestone in the local cemetery that was already getting overgrown with weeds. So I guessed I’d never know if she had wanted me or not. Probably not, since she was on my father’s side—the white, redneck side of my now extinct family tree.

My mom had been black and from a prominent African American family in Chicago. But her parents had disowned her when she married my white dad and moved down to Georgia. My grandparents died soon after and since my mom was their only child, there wasn’t anything for me there. And my dad had no brothers or sisters either—leaving me on my own from an early age.