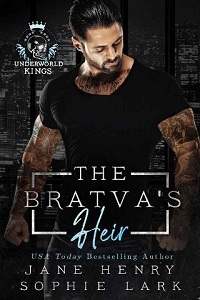 I’ve been locked in solitary confinement for three weeks now.

The guards don’t call it “solitary confinement” anymore—now it’s “restricted housing,” which is supposed to sound more humane. I’m still trapped in my cell twenty-three hours of the day, barred from phone calls or visits, so maybe they should call it “slow death by boredom” instead.

I got chucked in here after the Irish tried to cut out my liver in the courtyard. That’s where most fights happen. This wasn’t intended to be a fight, but an assassination. Three of those whiskey-drinking bastards cornered me with makeshift shanks—razor blades melted into toothbrush handles—and I didn’t need the commentary to know what was happening.

“This is for Roxy,” one of them said.

Then I caught his wrist and head-butted him right in the nose.

They got in some good cuts. Slashed me down the shoulder and the back. Stabbed me in the thigh, even.

As far as I can tell, they got a broken nose, a dislocated shoulder, and a knee that ain’t never gonna be the same in return.

I’ve been my father’s main enforcer since I was fifteen years old. I know how to take a man down so he doesn’t get up again.

It’s the one thing I’m good at: violence.

If Connor Maguire wants revenge for his daughter, he’s gonna have to send a lot more men. With something better than razor blade toothbrushes.

They did manage to snap off a piece of that shank in my thigh. The prison doctor had to dig it out, and stitch up my back as well. As soon as he finished, the guards chucked me in “restricted housing.” That’s where I’ve been ever since, bored out of my skull.

Which is why I don’t argue when the guard tells me I’m up for a mandatory meeting with a shrink.

I have zero interest in therapy. But I wouldn’t mind seeing a new set of walls.

I let them cuff my hands and ankles, and I shuffle out of my elevator-sized cell, through the numerous checkpoints and locked doors that lead from Block 8 back toward the infirmary.

We take a hard right turn into a series of offices I’ve never visited before.

They set me down at a plain table on a wooden chair. Clip an anchored chain between my cuffs so I can only move my hands maybe a foot or so in any direction. Then I sit there and wait for exactly eight minutes.

Prison time is by the clock. 6:00 a.m. the lights snap on, jolting you out of sleep if you were asleep at all. 6:05 the guards come around to count the inmates. 7:00 a.m., breakfast time—hope you like oatmeal. Time allotted for meals, for showers, for exercise, for AA meetings… so on and so forth throughout the day, every minute accounted for, until it’s time to sleep and start all over again.

I’ve gotten pretty good at counting the minutes passing, whether I want to count them or not.

So I know exactly how long it’s been when the door cracks open and a woman walks in behind me.

I can smell her perfume before I can actually see her. Subtle and warm, hints of rose and anise.

It catches in my nose, dilates my pupils, gets my heart beating. After all, it’s been three months since I’ve even seen a woman, let alone smelled one.

By contrast, the scent of this woman’s skin has my mouth watering before she’s a foot inside the door. It’s like an olfactory glimpse of paradise from the bowels of hell.

The sight of her is just as good.

She takes a wide berth, skirting the table, coming around to the other side to sit directly across from me.

She’s trim and petite—dark haired, dark eyed. She might be in her thirties, but she looks younger because of the smattering of brown freckles across her cheeks that remind me of a dappled fawn.

She’s trying for professionalism with her suit and dark-framed glasses, but she’s left her hair down. And she can’t hide the tension in her shoulders, or the slight tremor of her hands as she arranges her folder and pen in front of her.

“Good afternoon,” she says, politely. “My name is Clare Nightingale. I’m a correctional psychologist here. You’ve been assigned as my—as one of my patients.”

Her voice is lower than I expected—soft, but clear. As she rests one pale hand atop the folder, I see that she’s gone to the trouble of getting a manicure, only to paint the nails with clear polish. No ring on her left hand, and no mark of one recently removed.

She waits for me to respond.

So she ventures a question she thinks I’ll surely answer. “Your name is Constantine Rogov, correct?”

I watch her in silence.