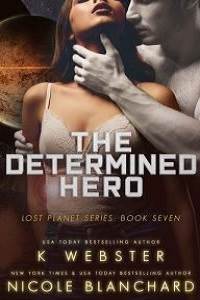 I can’t stop thinking about it. It’s like we have a date set for our extermination. That’s what this is after all. When they bring their “rain,” we all get sent to The Eternals. At least that’s what Julie says.

“We could build more ships,” I tell the quiet one. “But do I have enough time to design one and then make multiples? Probably not.”

Leaning back in my chair, I twist on the dial of the project I’m working on. It cranks and whirs.

“Ships won’t stop hundreds or thousands. Julie isn’t sure how many they’ll send.” I stop and regard the one who never talks back. “How many do you think they’ll send?”

I wait. She never answers, but I always give her time to respond.

Galen steps into the Medical Bay and shakes his head. “Don’t you ever get tired of talking to someone who never talks back? I thought you were ‘commsline dating’ as Molly calls it. What? All the females at the prison aren’t trying to escape to come mate with you? I’m so surprised.”

His dry tone indicates he’s anything but surprised.

I roll my eyes at him as I shove my tool into the side of my device and twist it. “I talk to Whisper because she’s a good listener.”

“Whisper? And that’s because she’s halfway to The Eternals.”

“What? Since she’s no longer in cryo, I have to come fill these bags all day with nutrients. Without these, she would perish. It’s sad, really. No one should have to continue to exist this way. If Breccan would let me, I would just cease feedings—”

“Out!” I roar, my sub-bones popping violently in my spine. “She can hear you.”

He flinches at my words but swaps out her feeding bags. “I apologize. It was unkind. I’m just…” He trails off with a sigh. “Antsy and agitated.”

Galen is an unpredictable mort. Unlike Breccan or Draven who wear their grumpiness on the outside, Galen holds his inside. It just feeds and feeds until it grows into something uncontrollable. He simply explodes one solar without warning, raging and roaring, requiring several morts to calm him.

“You’re forgiven, by me,” I say, “but you will need to grovel some more with my mate.”

“You just called her your mate.”

I laugh because I most certainly did not. “You need sleep, Galen. I did not call Whisper my mate.”

Ignoring him, I prod on my device a few more times and then lift it up to show him. “What do you think?”

His nostrils flare at my blowing him off, but he inspects the zuta-metal contraption. “What is it?”

“What dries out rain?” I ask, smirking.

“The humans are bringing the rain…” I remind him, hating how he flinches. Everyone is worried. I have a plan, though. “See this here?”

“It uses a special thermal scanner to locate the hottest areas of the sun and absorb it.”

“Into that tiny thing?” he asks, astonished.

“No, this is a replica. A design based on some drawings of Earth II technology Julie explained. What I am going to build will be bigger. Much bigger.”

He cocks his nog to the side. “Then what?”

“I’m going to blow them out of the rekking sky with the heat of a thousand suns. Every last one of them.” I grin wide. “Jareth and I are going to start building it this evening.”

He chuckles. “I apologize, Whisper. It was thoughtless of me. I promise I won’t stop feeding you. Please don’t tell Molly. She’ll whip me.”

We both laugh as he leaves.

I look back down at my miniature thermablaster. I’m certain I can build one, and if I can get the specifics back to Julie, I could probably walk Theron and Hadrian through building one too. This has to work. It will work.

It’s then I freeze.

I thought of her as my mate.

You can’t want to mate with someone you’ve never met or spoken to. Whisper is a sleeping beauty, just like the story Emery told Hophalix one solar when I happened to be nearby. Asleep and waiting for her prince to save her. The story sort of resonated with me, but I am no prince. I’m a mort with a love for machines.

“You think I’ll ever find a mate?” I ask Whisper as I tinker. “Maybe one of Willow’s friends over at Exilium? I was only teasing when I said I could have multiple.” I let out a heavy sigh. “I just want one. I’d bring down all the Kevins in the universe just to have a future with one.”