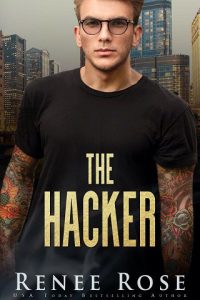 I slam the brakes on the Lada too hard, sending the car I share with my twin brother into a full spin on the icy highway. For one glorious moment, I think I’ve done it.

I’ve ended things. I won’t have to sell my soul to the bratva to repay the loan I took for her treatment.

I’m going to join her. I promised there’d be no one else for me. I swore it there in the hospital, the night before she took her last breath. When she took off the ring I gave her and put it on my pinkie finger.

You are always mine, and I am always yours. Even in death.

Wait for me. I’ll be there soon.

Right before I went home and beat my bedroom wall until it crumbled.

Nikolai’s frantic yells fill my ears as our car smashes into a guardrail, crushing my side of the car in. Metal screams, glass shatters. We teeter on the side of a bridge over a frozen river. This is it. Time to die. The pain will end now.

I don’t know if I believe in an afterlife, but I do know I don’t want to live without her.

Nikolai unbuckles his seat belt and throws his door open, yanking me by the shirt to haul me out on his side.

“Nyet.” I don’t move. The moment he gets out, the car will fall to the river below. I don’t know if the ice will break beneath the weight. Maybe the impact alone will kill me. I can only hope.

Nikolai keeps hold of my shirt with one hand. With the other, he punches me in the face.

Pain explodes in my nose and behind my eyes. My vision goes black, blood pours into my mouth.

Nikolai uses my disorientation to yank me from behind the wheel. “Get the hell out,” he growls in Russian.

My vision still hasn’t returned. My legs scramble—fuck. I think they’re helping me climb out.

I throw out a hand to grab for the door handle. The steering wheel. Something to keep me in the car when it slides off the bridge, but my twin is too fast. He throws his weight backward and falls down to the ground outside his door, pulling me on top of him.

Metal groans. The car teeters and then slides away from us. For a moment, it feels as if the bridge itself is falling, as the world swoops around me. And then it crashes to the river below.

Nikolai punches me in the face again. And again. “You don’t get to die today, asshole.” Another punch. “And you don’t get to fucking bring me with you.”

I groan, choking on blood.

I didn’t mean to kill Nikolai. I am a bastard for not even separating myself from him.

I hadn’t planned on dying tonight—not consciously, anyway. But I should have given his presence in the car more thought before I executed that non-plan.

That’s the thing with twins. Nikolai feels like an extension of myself. The silent presence who shared my pain through the months of Alyona’s chemo and radiation. Who did my homework for me and swapped classes to pretend to be me and take my tests when I stopped caring about school.

He was the guy who found out about the bratva loan when it seemed like a new expensive treatment option might help.

We don’t talk about it. We don’t need to. He’s been with me through the whole fucking thing. From falling in love with the most beautiful girl in the city to putting her in the ground.

I groan and curl up on my side in the snow, turning it crimson with the blood from my nose and the split in my lip.

Over the howling wind, I fail to notice the arrival of another car. A door being thrown open.

“Get in,” an authoritative voice commands.

Nikolai tries to haul me up. I don’t move.

Two pairs of gleaming black boots stomp around me, and I’m hauled to my feet and shoved in the back of a limo.

That was the night we first met Igor Antonov.

The night the bratva found us and took their due, not in the form of a beat-down or threats, but full ownership of our lives. Because Igor recognized the value of young men with a deathwish. His army was made up of them.

So our mother did lose both her sons that night. She believed we were lost to the icy river, not to the brotherhood that required we disavow all ties to her.

There you are, beautiful.

Hacking and cyberstalking isn’t just a job, it’s a way of life. Sitting behind my screen in the penthouse I share with my bratva brothers, I rule the cyberworld. Right now, I’m watching the live security cam feed on our building to glimpse the slender female figure enter the front door and walk to the elevator.