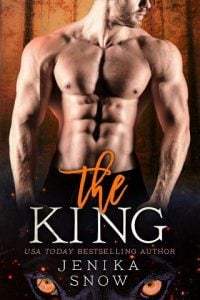 A long time ago

I’d been transported back to another time, one that hadn’t been touched by any kind of modern comforts, or by a political or hostile regime that could cripple its people and country with an iron fist. No, this little village was still as it was decades ago, a slice of life preserved from another time.

And I felt like I was home even if this was my first time here.

The boat trip took over a week, then another several days of horseback travel to get to the little village of Balka, where I currently was staying.

Traveling out of America had always been a dream of mine, and once I’d turned eighteen, I told myself I was finally going to make that happen. Eastern Europe sounded like the most logical place to start. I wanted to explore that part of my family’s roots, to immerse myself in the heritage and culture of my ancestors.

It didn’t matter if I was a vampire, stronger and faster than humans; convincing my older brother Adryan that I’d be fine traveling alone had been a task all on its own. But it wasn’t my young age that had Adryan being unbearably overprotective. I could have been a century old and Adryan would have still taken issue with me leaving.

Overprotective was an understatement where my hulking brother was concerned. I supposed he took after our father more than he’d ever want to admit.

The little Eastern European village was in the middle of nowhere, and so disconnected from the “real world” that it was a breath of fresh air. Literally and figuratively.

I stopped in the village center and just inhaled all the varying scents: livestock, freshly baked breads and pastries, fruits plucked just this morning lingering in the air from the morning markets.

I closed my eyes and just breathed in deeply. The sun had set only twenty minutes before, the village winding down from the chaotic day of shops and stalls haggling and bargaining with customers. I opened my eyes and started moving down the muddy, muck-covered path. I didn’t care if everything was filthy, or if the bottom half of my dress was dirt-caked. I loved this freedom.

But this had been my decision and no one else’s. He could complain and rant and rave, but sometimes a person had to take those chances even if they failed at the end of them. But Adryan was used to getting his way, even at such a young age. People feared him, human and Otherworld alike. His violence toward anyone who crossed him, his sheer, hulking size, and the fact he was a ruthless vampire made his name travel far and wide.

But with me he showed a gentleness I knew others didn’t experience. I knew he couldn’t deny my whims or needs. He might never be able to love, that part of him absent, maybe never to be experienced without the right woman—his mate—but he did care for family, so he’d conceded to what I wanted.

I smoothed my hands down the striped poneva skirt I wore. The gathered belt wrapped around my hips and kept things not only secure but aesthetically beautiful as well. My shirt was loose fitting, the sleeves embroidered, my apron detailed with colorful trim. My outfit was traditional for this region, but even still, I found it too flashy and colorful for this small village.

The wind picked up, and I made sure the scarf around my head stayed in place, securing my long blond hair. I passed people, exchanging small nods and smiles. The deep, slurred voice behind me had me looking over my shoulder. The man following me was human and stank of being unwashed and drunker than piss.

He kept murmuring things to me, his voice so slurred it was hard to make out anything he said. But I did pick up on some pretty disgusting things he kept calling me and the things he said he’d do to me. I was strong as a vampire, could hold my own if it came down to it, but I’d also draw too much attention to myself if I was able to take down a man twice my size and height.

No doubt talks of “witchcraft” would be thrown around for my strength.

Something I really didn’t need nor want.

So I said nothing, just picked up my pace and headed toward where I’d been staying.

I’d found a little room for rent in the village—the first one I’d come to—and decided despite the lack of modern comforts that I’d had back in America, and that it wasn’t an actual inn, I’d never felt more at ease in my surroundings.

Thankfully, the drunkard stumbled off somewhere else, and I was able to get to the cottage without any altercation. I stepped inside and saw Inessa, the wife who owned the home, cleaning up. I gave her a small smile, and she started speaking. Although I knew enough of the language to get by, she was speaking so quickly I struggled to keep up. But the gist of it was she’d have dinner brought to my room shortly.