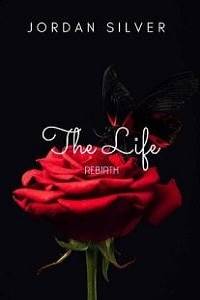 I let Sal take me around, introducing me to everyone at the party that night, both his friends and his sons’. I didn’t show any interest or even let on that I could hear the questions being thrown at Ricci in harsh whispers, and of course, I turned a blind eye to the stares of disbelief. Believe it or not, Alonzo wasn’t my first target of the night, no. A fish rots from the head, sure, but in this case, I want that head to watch as everything around him crumbles while he lives in fear of what comes next.

While at Sal’s side, I kept my face neutral and only spoke when spoken to, though I kept target number one in my peripheral at all times. I know she must be dying inside, and I’m pretty sure she’s anxious as hell to get Alonzo alone. The eight suspects kept giving each other looks from across the room while trying not to appear guilty or afraid. I didn’t know Sal was going to drop Ma’s name like that, in essence letting his son know with that look that he knew what he’d done without saying a word.

But the others knew the ones who were there, and I was in no hurry to put their minds at ease. After all the introductions were made, Sal went on a bragging spree, telling his old cohorts all about his newly found grandson and brandishing all my achievements, or at least the ones I’d shared with him, which were nowhere near all of it.

I’d built myself a new identity, if you will, adding just enough information to sell myself, but not enough to put anyone here on edge. He knew about my excellence in education and the fact that I have a black belt, but there’s been no mention of the fact that I’m a level ten or that I’ve never had anything below a five point zero since I first entered a classroom.

That was enough to make Sal proud and see my potential compared to the others around him. By the time these people leave here tonight, my name will be on everyone’s lips, I’m sure. There was no one here younger than eighteen, so the kids were not in attendance, but I knew they were with friends and would be back in the morning; something else I learned from listening in.

Alonzo looked the most uncomfortable of all, as he should, but by the time the party drew to a close, they’d all been put at ease because neither Sal nor I made mention of anything. The fact that I was able to smile probably gave them the sense that I knew nothing, though how they would explain me being here is anybody’s guess.

I gravitated to Martin, who was the only one here other than Sal that I had any interest in talking to. “You’re my nephew; I have an American nephew. I knew your mother, but I did not know that she and Alonzo….” He let his words drift off while giving me a quizzical look.

“I think you should let Sal tell you about that; this is neither the time nor the place.”

His face changed immediately, almost as I knew it would but wasn’t sure. I know that one of the reasons Martin stays away from home is because he detests his brother and his doings and does not want to be associated with him. Now he glared across the room with disgust at his brother, who was busy arguing with his wife while trying to make it look like they were having nothing more than a discussion.

As for Felice, I’d decided to go after her first. After all, she’s the one who’d facilitated the happenings of that night by bringing my mother to her attacker. The fact that she’d gone on to marry him not long after tells me that that was the prize she’d won. Now her kids were an extension of that. I’d made up my mind not to harm them, not unless they gave me reason to. So far, they’ve just been like any other almost adult, getting up to the same Hijinx, though the son was skating pretty close to the line.

I know her game too. Though she did lust after Alonzo all those years ago, and I say lust, because who can love that? She’d also wanted the prestige of the palazzo and the family name that was greater than hers. She’d popped out those kids in quick succession, too, because I guess every female lives by their own Art of War that’s written in their DNA.

Get the ring and secure the future with a kid or two, so even if things go south, that alimony and child support will be a nice little cushion. Too bad she’s not going to live long enough to enjoy any of it. She’s a beautiful woman, vain and cold as the reptile she is, but she’s no match for Ma; Ma quite frankly outshines all of them, including the nun.