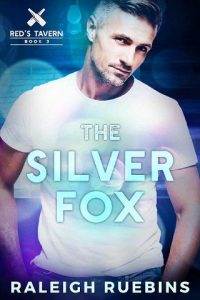 “Let’s head inside,” I said, tapping my fingers absentmindedly on the dashboard. “I need to find someone cute.”

“Just a sec,” Red said absentmindedly from the driver’s seat.

We were supposed to go inside the bar—his bar—but instead, my brother had been sitting there smiling down at the white-blue glow of his phone for three minutes now.

His boyfriend was texting him. Maybe dick pics, maybe facts about flowers. Whatever loving couples talked about. A familiar tendril of jealousy curled itself around my heart as I watched him write out a reply. Red was head-over-heels, make-everyone-sick, scream-from-the-rooftops in love.

But I was just waiting around.

I shifted my ass in the worn-in seat of the pickup truck, a dull ache shooting from my injured ankle all the way up my leg. I ignored the pain. The last thing I needed was to think about my injury.

Tonight, I wanted to walk into the bar, find someone hot, and get whisked away to their bedroom as quickly as possible. The last week had been an adventure in me trying and failing to do exactly that.

Small town hookups weren’t exactly easy to get. For me, so far, at least.

It was the same every time. I’d enter the bar confident and ready to prowl. I’d talk some poor local’s ears off until their eyes glazed over. They’d ask about my ankle boot, and I’d try to change the subject. Then in a few hours, I’d wind up on my own, slumped over a puddle of condensation on the dark oak bartop, smelling like whiskey or gin. And I’d go home alone.

Not even home. I was staying with Red. In his tiny guest room, which was more like a storage closet for cobwebs and dust. My brother wasn’t exactly a Betty Crocker kind of host.

“Wanna take bets?” I asked idly. “What are the odds I’ll strike out again and go home alone?”

Red wasn’t paying attention. His phone had buzzed, and he was all googly-eyed again. Long-term relationships sure were a hell of a drug. One that I’d never really gotten to ride.

Tiny glowing string lights hung over the brick front of the bar. Three couples had just walked out the front door, in a mini-parade of public displays of affection. Flirting. Kissing. Holding hands as they walked out into the balmy late summer evening.

My dick ached. My heart ached.

“That is what I want tonight,” I said, hypnotized, barely realizing I was saying anything out loud.

Red’s eyes snapped over to the door and then to me. He looked at me like I was nuts. “You want to hang out with Marshall and Barry? Believe me, you don’t. Barry gets burpy after his two vodka sodas, and Marshall can only talk about tractors.”

“Oh, now you pay attention to me?”

“Just trying to warn you about my regulars.”

I shrugged. “At least they have each other.”

Another couple outside the bar was mid-makeout now. A tall, burly man with a shorter guy. They embraced under the awning outside the building, cupping each other’s faces as they kissed in the dim glow. I couldn’t pull my eyes away.

A few years ago it would have made me gag to see anyone being so romantic—men, women, bees mating on a damn flower.

Now it made my sternum tight with envy.

“That’s what I want,” I said. The faint sound of their laughter floated through the cracked passenger-side window of the truck.

“I haven’t kissed a man since a drunken game of truth or dare back in college,” I said, stretching my leg out in front of me. “But at this point I think I’d take whatever I can get.”

Red chuckled. “Yeah right. Might want to look somewhere other than my bar for straight-people action.”

“Red’s Tavern isn’t only a gay bar,” I protested. “My straight ass is still allowed inside.”

“It may as well be a gay bar,” Red said, with pride in his voice. “Why don’t you go to Susan Murphy’s dive bar instead? You’ll snag plenty of women’s phone numbers.”

“But then I don’t get to hang around here and bother you,” I said, flicking his bicep.

He shook his head at me. “You’re an overgrown kid.”

I let out a sigh, leaning my head back against the seat. “I’m just restless.”

“I told you. You should explore Amberfield more.”

“It’s a tiny-ass town full of cows. What’s there to explore?”

Amberfield was what some people called “quaint” and what I called “boring.” Farmland, cattle, and amber plains of Kansas certainly never got me going, but my brother loved this place and had made it a home.

“Nobody wants to hobble into bed with a guy in one of these, anyway.” I tapped the side of the big, clunky grey walker boot that my foot and ankle were strapped into. The thing was like a damn straitjacket. I’d added a few stickers to it over the past couple weeks, one of which I’d grabbed from the back office in the tavern. It was sparkly and red and said “I’m Red’s Hot.”