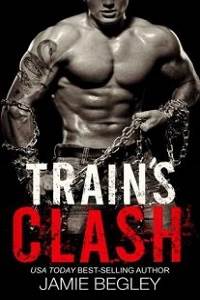 Killyama juggled the grocery bag in one hand and a six-pack of beer in the other as she unlocked the door. Swinging it inward, she walked inside then slammed it shut with her foot.

“Don’t bother helping,” she snapped at the man lounging on the couch.

He clicked the remote, turning off the television, and then stood indolently, his tall body only hinting at the muscles underneath the faded denim and T-shirt. He walked toward her as she set the groceries and beer on the counter.

Turning back toward him, she was met with a hard smack across the face that sent her back against the counter.

As her fingers went to the corner of her mouth, coming away with blood, he taunted, “You’re getting slow.”

At that, Killyama swung her fist out, trying to nail him in the gut, but he sidestepped and caught her fist. Then she jerked her other hand up, nailing him under the chin. However, he didn’t release her.

They began to struggle against each other. He knocked her against the round table next to the kitchen table, causing his dirty breakfast plate to fall to the floor as she found herself lying back across the table. Taking her shot, she lifted her booted foot to kick him in the balls as he tried to pin her hands to the table.

“Son of a fucking bitch! You always go for the balls.”

“Hammer, if you know that, you should watch them better.” Killyama snickered, sitting up on the table as he bent over, trying to catch his breath from the pain.

When he regained himself, he hobbled to the counter, taking a beer out of the carton and twisting off the top. “Want one?”

“What do you think?”

Hammer tossed one to her then watched as she opened the bottle.

“Getting bored already?” she asked.

He took a long drink of his own beer before answering, “Yes. I don’t know why you have to live in this small-ass town.”

“I like it, and my friends are all here. You don’t have to stay. You could stay anywhere you want.”

“That’s true, but who would watch your back?”

Killyama snorted. “Who would watch yours?”

Hammer set his beer down on the counter. “I got called up for an assignment.”

“How bad?” She kept her expression neutral, knowing he would mock any concern she had.

“If they call me in, it’s bad.” He began picking up the broken dishes from the floor, tossing them into the trash. “Do you know where my paperwork is, in case I don’t come back?”

Her hand tightened on the beer as she took another sip. It wasn’t strong enough to numb the fear she felt over him leaving.

“They say Fiji is nice this time of year,” she joked past the lump in her throat, knowing that was what he expected of her.

“I can pick my own crew,” he told her, ignoring her attempt at humor.

She narrowed her eyes at him, seeing the impassivity on his face, before he quickly lowered his eyes.

“I need him. He’s the best chopper pilot in hot areas. If I’m going to bring my men out of there alive, I need him.”

“Or none of you will come out alive; is that what you’re trying to say?”

Hammer crossed his arms over his chest. “Yeah, I guess it is.”

Finishing her beer, Killyama scooted off the table and placed the empty bottle next to his. “I guess it doesn’t matter what I say. I’ve begged you to quit taking these assignments, yet you still do. Now you’re going to take—”

“Dammit, Rae, I don’t want to leave with you pissed off at me!”

“Then you’re shit out of luck!” she snapped, picking up her car keys.

“Where are you going? I need to leave in an hour.”

“Drive your own damn self to the airport, or get Jonas to drive you.”

“I was kinda hoping you would tell Jonas for me.”

She scoffed. “I guess you’re really super fucked, then.” Angrily, she went to the door where she paused, her hand on the doorknob. She tried to control the tremble in her voice, not wanting to expose the turmoil that had her wanting to beg him to stay, as she told him without looking back, “Be careful.”

Killyama nodded, opening the door, and then paused again. “Do me a favor?”

“Make sure you bring Train back. If anyone’s going to kill that fucker, it’s going to be me.”

“Tell me again, exactly, why the hell we’re sitting in the parking lot of Sex Piston’s beauty shop?”

Train ignored Rider’s aggravated complaining, watching for the woman who drove him crazy. Any other time, Killyama would be hanging out at Sex Piston’s shop. However, they had been sitting there for the last couple of hours with a no-show from her.

“You’re going to miss your flight.”

Train ignored Rider’s reminder for the third time, but he did glance down at his watch, seeing Rider was right; whether she showed up or not, he was going to have to leave.