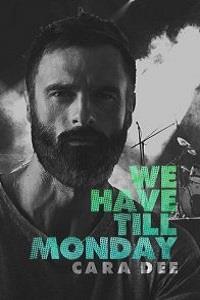 “Oh, shoot,” I mumbled, sliding off my bed. Then I ran out of my room and toward the stairs. “Daddy! Can I have more screen time?”

In my defense, this was work-related. He better not get on his Domly high horse and deny me.

I found Daddy downstairs in the kitchen, where he was preparing his next recipe. Or maybe more than one. Thanksgiving was a very important holiday for chefs, and his upcoming video series would show his followers how to best use the leftovers to make some spectacular meals. Which he hated. Not the food or the cooking, but he did not like the social media part.

“I yelled for you,” I said, stopping on the other side of the big kitchen island. I placed my iPad on the countertop and watched him bend down to brush a couple drops of sauce from the edge of the plate. It looked amazing. He’d used a piping bag to make duchess potatoes, and they formed a circle around a stir-fry of turkey, leftover vegetables, cranberries, and gravy.

“And we don’t like yellin’ in this house, do we, darlin’?” he murmured distractedly.

He was very focused.

I scratched my nose. He’d forget the yelling shortly, because I knew Clara and the film crew would arrive soon, so Daddy had to get this done ASAP.

“You can grab your camera and take the pictures,” he told me. “And tell me why you need more screen time. I gave you four hours.”

Well…maybe four hours weren’t enough when you accidentally stumbled across someone gorgeous in the comment section.

That stuff required time for investigation.

Daddy had placed my camera on one of the stools, so I unpacked it, attached the lens, and joined him on his side of the island. He’d completed the setup with the dinner plate on a thick cutting board, and he’d strewn some cranberries around the plate. There was also his favorite knife, a dark-red dish towel on the side, and a small gravy boat.

He was getting better at this part, but there was a reason I handled the pictures and the presentation of the dishes he made. I was the one with a degree in photography and design. Daddy just wanted “peace and quiet,” and for people to enjoy his cooking.

“I was picking the winners from your Insta,” I explained, as that was my task for the day, “and it’s possible I got stuck on one follower.”

“What a surprise,” he drawled. “My boy got distracted by a shiny object.”

I giggled and took some photos from different angles, adjusting the settings as well as the setup along the way. Daddy thought a single photo was enough to promote a video series, when in reality, it was more like a hundred.

“It’s a very hot object,” I said in my defense. “And I guess…well, maybe, just maybe, I ended up going through his entire Instagram.”

Daddy chuckled and grabbed a beer from the fridge, then rounded the island and took a seat there to give me space. “Why do I get the feelin’ you’re gonna choose winners for the wrong reason? It’s for a cooking class, not a modeling contest.”

I looked up from the viewfinder and mock-scowled.

He just flashed me one of his charming, super-sexy smiles.

After six years with my Daddy, that smile still disarmed me.

But that smile was also a reminder of our complicated situation, and in order to see my Daddy smile more, it was time to test the waters. Or rather, it was time to leave the shallow end of the pool.

It was time to start inviting a third party for play again. Otherwise, we’d never find our missing piece. And before we even went that far, we actually had to meet people and see if there was any chemistry.

As I refocused on taking pictures, I told Daddy I wanted to make one tiny exception. This guy I’d found—I wanted him to be one of the six winners. His response to the contest, or giveaway, was definitely valid. For a chance to win, Daddy—and by Daddy, I meant Clara, his PR person—had instructed his followers to leave a comment about what they’d had for dinner. And the guy I liked had answered oatmeal, because it was apparently the only dish he couldn’t mess up. If that wasn’t a good reason to grant him a ticket to the food festival here next spring—and the cooking class Daddy would host—I didn’t know what was.

I knew a cry for help when I heard it. Or read it. Which I told Daddy, who just shook his head at me in amusement.

“So the exception is that you wanna pick him because you find him attractive,” he concluded.

“Like I said, his comment is still valid,” I replied. “It’s possible I would’ve chosen him even if I hadn’t seen how flippin’ sexy he is.”

But in a comment section with over five thousand entries, it was impossible to be sure.