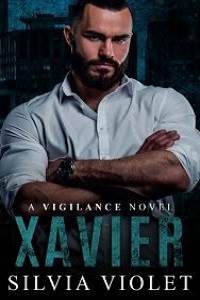 I’d been working with Emilio for over a year the first time I met him in person. We’d talked enough that I knew a lot about him. I knew he was young, but until we met, I hadn’t confronted the reality that he might be as young as my son.

He vibrated like he’d had several extra-large energy drinks before showing up at the site where we were doing surveillance. It was the first time he had agreed to be in the field with Vigilance. We needed to enter a government building, and security was extremely tight. Having Emilio there with us made it easier to communicate quickly and change plans on the fly.

He confessed that he rarely left his apartment, but I promised to keep him safe and assured him I would be the only one in the surveillance van with him. He’d accepted my terms, letting me know he trusted me, and my chest had warmed in an unexpected way. I was intrigued by him. I enjoyed our conversations, but he was an employee, a person with skills essential to making the mission work.

I’d already known there was a level of trust and respect between us. I knew enough about him to fuck up his career, enough to get him killed. I hadn’t chosen to ask, but I imagined he knew equally as much damaging information about me. I wore a ski mask, as I usually did when in the field, but it was likely pointless. I suspected Emilio knew my real-world identity, which meant he could expose me. He could ruin my sister’s career, but I didn’t think he would.

My years in special forces had taught me to be a good judge of character. Occasionally I still fucked up, but if I didn’t take chances, I’d never succeed in meting out the justice the worst of the worst deserved. That was my calling. I’d been where I belonged, leading an Army Ranger team, until a colleague fucked me over. Even if my retirement hadn’t been mandated, I couldn’t have worked with those commanders anymore.

When Emilio stepped into the surveillance van, he looked exactly as I’d imagined him, right down to the can of Monster Energy Ultra Violet in his hand, but I hadn’t been prepared for him to be so… beautiful. That word hardly did him justice, but I didn’t know the right descriptor. I considered myself straight. Sure, there had been men I’d found attractive. I’d spent years around men who worked hard to train their bodies to perfection. During my time as a Ranger, I’d found several of my fellow soldiers utterly gorgeous, but I’d never felt true sexual attraction to any of them. I appreciated their forms like I would a piece of art, but Emilio… Emilio was different.

My gaze dropped from his lips to the long pale line of his neck, noting the way his skin contrasted with his black hair which was already coming undone from the messy bun he’d gathered on top of his head. I wanted to taste him, to touch him. He looked terrified to be there, and I wanted to do whatever I could to comfort him.

“X?” When I met Emilio’s gaze, I saw his eyes were wide. I’d been staring at him like I was going to eat him. What the fuck was wrong with me?

“Um… You’re welcome.” He licked his lips, and I watched the movement of his tongue, mesmerized.

What was happening to me? No man had ever made me feel that way. Rarely had any woman had me as entranced, especially recently. I’d been so dedicated to work, both fundraising for the charities my family’s foundation supported and my work with Vigilance, the vigilante organization I oversaw, that I hadn’t taken much time for my personal life. I’d had the occasional hookup, but the encounters were more about a release of tension with quick, raw pleasure, nothing that made my heart race the way the young man in front of me did.

Maybe I was just feeling the effect of too much pent-up need. That had to be it. It had been too long since I’d actually considered any of the numerous offers I received from women. The problem was, most of them weren’t people I would enjoy spending time with. That shouldn’t matter for sex. If we brought each other pleasure, that should be enough. I didn’t like thinking about it, but it was possible I had just as strong a need for companionship.

Ugh. That made me sound like some romantic sap. And while I could appreciate others’ need for romantic love, I didn’t have time for that kind of complication in my life, not if I was going to fulfill my dual mission of running the Carrington Foundation and going after the same types of motherfuckers I’d eliminated in the army.