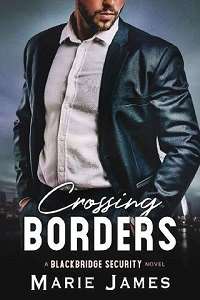 I wave to the guys sitting in the breakroom as I enter. My focus is on the coffee machine, exhaustion deep in my bones from the night I had with Isla. She was very thankful for the work I did for her the last couple of weeks, and she spent hours saying so with her mouth and every inch of her body.

“How’d you know?” I ask, the back of my hand swiping at tired eyes. “Have the pictures already hit the tabloids?”

The thing about working with famous and well-known women is that my picture is taken frequently, and often those pictures end up online.

To the public, I’m a serial dater, a man who bounces from one woman to the next. It should bother me, people having that perception of me, but it doesn’t. I’d be doing the exact same thing even if I wasn’t getting paid to do it.

Doing this for a living is the perfect setup. I don’t even have to go looking for a fun time. Women call the office and all but beg—sometimes they do beg since we’ve gotten so damn busy recently—to become clientele working with Brooks Morgan. More than once, we’ve discovered that some of the women don’t even need our help, and our vetting process has become much more stringent.

“You do realize we don’t look at those rag magazines, right?” Flynn asks, his voice tainted with disgust.

Flynn, having fallen in love with a woman he was working with recently, has had his fair share of front cover time on the tabloids. Remington’s mom and stepfather are famous actors, and Blackbridge Security was hired to try to keep her under control. Their relationship, breakup, and subsequent reconciliation played out for millions to see.

#BlackbridgeSpecial started trending because of it, and we’ve had to become insanely diligent about who we work with. I blame Wren, our IT specialist, who is adamant about keeping all our pictures and bios on the website. He calls it full transparency, and I can’t really complain. I’ve reaped the benefits of keeping busy with women who need our help.

“Sometimes they have great stories,” I counter as Flynn pulls his full cup of coffee from the machine.

He snorts, a derisive noise, as he lifts his steaming cup to his mouth. “It’s all fucking smoke, mirrors, and lies.”

I nod, having to agree with him. The paparazzi suspect what I do, but they keep making me out to be a man with a dating history longer than most A-list celebrities. Maybe it’s the people not willing to do a little research on their own that keeps them in business.

“How’s Remington?” I ask as I start to make my own cup of coffee.

“Perfect,” he says, his eyes lighting up as he thinks of her. “At home, still in our bed where I should be.”

“She wasn’t ready to get up. Her legs were a little… wobbly this morning.” He winks at me, and I know that little detail is as far as he’ll go when talking about the intimate time he spends with her.

A year ago, the man would have no problem talking about his conquests, but I guess those things change when you find the person you plan to spend the rest of your life with.

“Not that,” I say. “I don’t understand being with the same person for the rest of your life. Doesn’t it get boring?”

Flynn blinks at me as if his brain just can’t comprehend what I’m saying.

“Never mind,” I mutter, because we’ve had this conversation before.

My boss, Deacon, along with Wren, Flynn—Blackbridge’s forensics expert and former FBI agent, Ignacio—our language expert, and Quinten—our fixer, have all fallen prey to that special woman in their lives. I want no part of it.

Flynn waves me off like I’m a lost cause, and I head down the hallway toward Deacon’s office.

Since I finished an assignment last night, I know I’ll be starting another one today. I look forward to these days. They mean new faces, new experiences. No two cases are ever the same. Will it be an actress? An heiress? A successful businesswoman?

Meetings with my boss are always informal, quick, easy, nothing to get hyped up about honestly, but I’m still thrilled as I knock on his closed office door. New case days are almost as much fun as the last day on an assignment.

“Yeah?” Deacon snaps from the other side, and I don’t hesitate to push open the door.

He looks utterly exhausted, but there’s still that hint of happiness in his eyes.

The man is married now, having somehow gotten snared by his ex-wife’s former best friend. They somehow flipped the script, starting out as enemies. Now they’re grotesquely happy and expecting their first baby.