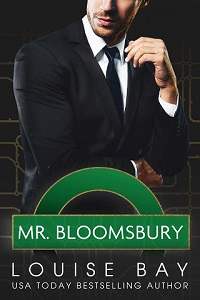 So far, London was a lot like New York, except without my mom’s meatballs on a Sunday. Of course, I was enjoying the red buses and accents, but some problems didn’t disappear just because I crossed an ocean. I still didn’t have a place of my own, any savings to fall back on, or even a job. I was just short pound coins rather than dollar bills now.

But I had to focus on the positive. I was in London, the land of Mary Poppins. The home of Battenberg cake and tea. The place of princes and palaces.

As much as I longed to go out and have a cocktail at a fancy bar, or explore the parks and the museums, most of my days were spent inside, sitting on my best friend’s couch, scouring the internet for a position. I’d lowered my salary expectations from when I was sitting in lecture theatres at Columbia, surrounded by the other members of my MBA class. Some of them already had jobs to go to when we finished our studies, but most of us were still searching. The number of unemployed shrank as we approached graduation, and McKinsey, Bain, and Google all picked the cream of the crop. Only about five percent of my year were without an offer when we posed for photographs in our caps and gowns.

I was one of the five percent.

I snapped my laptop lid shut and took a deep breath in the way my meditation app had instructed in order to stave off a panic attack. Two counts into my four-count exhale, my friend of fifteen years—and the owner of the couch I was sleeping on—burst through the front door. Natalie slammed the door behind her, pulled off her beautiful moss-green Mulberry bag, threw it down on the floor and kicked it. And then kicked it again.

There was only one explanation: Andrew Blake.

“What has he done now?” I asked, clearing my pool of papers up to make room for her on the couch.

She kicked her bag a third time and then screamed.

Wow. Her boss must have been even more of an asshole than he usually was, which was saying something. The way she described their interactions—like he was Prince William and she was a scullery maid—was awful. And that was when he did speak to her. Apparently he’d go for days without uttering a word. I stood and headed to the fridge. She needed more than deep breathing exercises. She needed wine.

I set two glasses on the counter—I wasn’t going to leave her to drink on her own. She had to have moral support. I glanced at the clock. It was a little after three.

Three in the afternoon. Natalie never got home before eight.

“Nat?” I raced to the hallway where Natalie had moved on from her bag and was now kicking her coat. “Why are you home so early?”

Holy shit, had that dick fired her?

I scampered back to the kitchen and filled up both glasses, time of day be damned.

Natalie wore a glazed expression and was slumped on the couch when I returned.

I pushed a glass into her hand, tucked one leg under me, and sat next to her. “Tell me everything.”

She shook her head like some kind of confused nodding dog. Then, as if suddenly realizing that she now held wine, took a large gulp. “I’ve had enough. He didn’t speak to me at all yesterday or this morning. When I asked him whether he’d looked over the research I’d given him, he just completely ignored me. And then after lunch, I hadn’t even taken my coat off before he burst out of his office and started to yell at me for—” She paused. “You know, I don’t actually know what his problem was—apart from the fact he’s got severe personality issues and is the most unrelenting asshole I’ve ever met in my entire life. Which says a lot, seeing as I grew up in New Jersey.”

“No idea. And the worst thing is, he doesn’t shout or scream. When I say he yelled . . . He does it in this unmistakably Andrew Blake way. He goes quiet and his eyes go dark and his voice drops two octaves. It’s like he’s possessed. It’s awful.”

I shivered at her description. “It’s amazing these men are so successful. Why can’t they just act normally? At least they should pretend they’re regular members of society, even if deep down they’re psychopaths.”

“I’m done. I’ve taken as much as I can take. I don’t care about the six-figure salary. I told him to shove his job up his ass and I walked.”

“Good for you,” I said, half meaning it and half wondering whether Natalie had savings to cover the rent until she found another job. And then I registered what she’d just said. “Six-figure salary? As in, he was paying you over a hundred thousand dollars a year?”