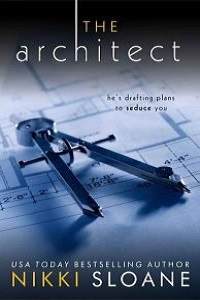 A loud, insistent banging came from my front door, caused by an angry fist, and I froze.

First of all, it was dark and pouring rain outside. There wasn’t an overhang or porch to cover whoever was knocking on my door. And second . . . what the actual fuck? I lived in the guest quarters behind my parents’ house, and their property was surrounded by a fence.

So, I didn’t get visitors. Anyone coming here would go to the main house first.

It meant the owner of the fist pounding on my door in the dead of night—and during a storm—had come onto my family’s property without permission.

Every hair on my body stood at attention with alarm.

“Lilith?” a male voice asked, sounding urgent. “Are you home? It’s Clay Crandall from next door. I need your help.”

Like the snap of a pair of fingers, the tension in my body shifted and I couldn’t get my door open fast enough.

He stood on the concrete path with his head tipped down to keep the worst of the rain from falling into his eyes. He was drenched, and the water molded his clothes to his body, showing off every perfect inch of him. Clay was in his late thirties, meaning he was at least ten years older than I was . . . and exactly the type of guy I preferred.

Jesus, he was so fucking hot. Even with anxiety stricken across his face.

I stood stock-still with one hand on the doorknob, ignoring the rain splattering my legs, and gawked at him. Behind his dark-rimmed glasses, his eyes were the same shade of brown his hair was when wet, as it currently was. He was fit and toned, and had a body made for sex. The kind I was sure could turn a smart girl like me stupid.

Which it had, because I hadn’t invited him in to get out of the rain. I stepped back and gestured inside. “Come on in. What’s going on?”

He shook his head. “No, I—” He struggled to find the words. “You’re a veterinarian, right?”

“No, I’m a technician.” It wasn’t the first time someone had made that assumption. I was more like a nurse, who assisted the doctors at the animal hospital where I worked.

But this answer must have been close enough because he nodded and backed up, urging me to follow him out into the storm. “I need your help . . . at my house.”

There was something odd about the way he’d said it. His voice was full of discomfort, like he was reluctant. Or perhaps he was shy.

I’d only had one conversation with my next-door neighbor since he’d moved in more than a year ago. Once he put up his curtains, I never saw him again. The guy was rarely home, and when he was, he stayed hidden. The rest of our neighbors were friendly and chatty, or nosy, or all of the above. Everyone knew each other’s business. But Clay?

He was a ghost.

No one came by to see him. There weren’t visiting cars parked in his driveway or the street beside his house, not even on holidays. A lawn service took care of his yard.

My mother joked he was probably a serial killer.

No way. He was too good looking for me to believe that, even when I knew serial killers could be attractive.

I put my hand up to shield the rain from my face. It was a feeble attempt to save my eye makeup as I tried to dart out into the storm, but his hand came up to stop me.