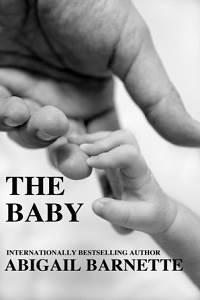 Tonight. Pavillon Français. The moment you cross the threshold, you are mine. You will not speak unless spoken to. You will obey my every command.

I read the words over and over again as I stood in front of the doors. Neil had converted the building, a recreation of the Pavillon Français at Versailles, with the express purpose of holding all manner of carnal delights with which to torment me. And, inside, my Sir waited.

My heart pounded. The gilt-edged note had arrived via courier that afternoon, written in Sir’s hand. I’d made the mistake of opening it at my desk. It had been incredibly difficult to concentrate on photos of jackets while pressing my thighs together all day.

And that had been his plan, all along. To get me thinking about him, his control over me, and the need I had to submit to his every sexual whim. It was a need that would never be satisfied.

So, it was a good thing I was married to him.

I dragged in a shaky lungful of sharp January air. I’d arrived home in time to quickly bathe and shape my hair into large, fluffy curls that floated around my shoulders. I’d dressed my part, though I had no idea what Sir had planned. Some nights, I found myself spread-eagle, bound to a steel frame as Sir lashed my body all over with a flogger. Others, I’d be bent over a padded bench as a mechanical sex machine rammed into me while I screamed through my gag. No matter how much care I took with my appearance, it would be utterly ruined by the time we were finished. Still, I’d painted on sharp wings of black eyeliner over smoky silver shadow and stained my lips with a matte plum gloss. Beneath my black wrap dress with its three-quarter length sleeves, I wore dark maroon panties and bra—silky and perfectly cut. The panties were already wet from my anticipation.

I took a deep breath and pushed open one of the doors. The moment you cross the threshold. The toe of my black Madden Proto pump touched the tile. The bottoms of my feet tingled. My heart raced. My mouth went dry. I stepped through and closed the door behind me.

There he was. My Sir. My husband. Neil Elwood.

He sat in one of the ornate Louis XVI chairs before the fireplace. He wore a white button down and sharkskin gray trousers, perfectly crisp and presentable, despite the depraved things he would do to me. The light from the tall tapers in the candelabras gilded and darkened his hair, which was more silver now than its former ashy brown. The soft overhead lighting supplemented the candlelight.

He motioned me forward with a snap of his fingers and held up a hand to halt me when he deemed me close enough.

He hadn’t said a single word, yet, and I was already his.

A door creaked, but I didn’t dare look away from Sir’s gaze. I heard the footsteps behind me before the soft, faintly accented voice. “Good evening, Chloe.”

“Yes, good evening, Chloe,” Sir said. Chloe was the role I played when we were with our lover, Emir. We’d met him at an exclusive sex club in Paris where anonymity had been of utmost importance, but we still used those club names while playing. They were like terms of endearment, now.

Emir slowly circled me, his dark eyes drifting over my body in open appraisal. I was an object under his gaze, the same as a priceless jewel or an exotic automobile. The warm, dim light burnished his golden brown skin, and dark whorls of chest hair showed in the parted collar of his black button-down shirt.

Neil and I hadn’t seen Emir in months, as he had been settling his divorce and had kept his sexual proclivities more secret than usual. That he was here, standing in our miniature pleasure palace, on a night when I knew anything could happen, seemed like a dream.

“Do you understand the terms I sent you?” Neil asked, never moving from his chair.

My breath halted in my throat. “Yes, Sir.”

“Our usual safe word system is in place,” he went on. “Do you understand?”

Emir said nothing, his gaze fixed on mine. He trailed one fingertip across my collarbones, then in a line down the V of flesh revealed by the dress’s low neckline. He pulled one side back, then the other, baring my breasts in my satin bra.

“Tonight, I’ve decided to loan you to my friend. He’ll use you as he likes, and you’ll let him,” Neil stated. “You may not object to a single command, except to safe word. You are nothing but a gift to please my friend. Do you understand?”

“Thank you, Leif,” Emir said with a sly smile. Another false name. Just as Neil had adopted Leif as his identity at the exclusive Parisian sex club they both belonged to, “Emir” was actually El-Mudad ibn Farid ibn Abdel Ati. Like Neil, El-Mudad was a billionaire with a penchant for kinky sex. He and Neil had planned this together, and that could only be to my advantage.