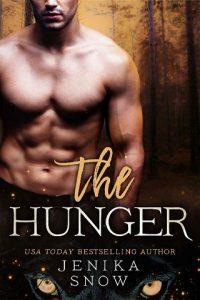 “I’m putting it on record that this is a stupid fucking idea.”

I couldn’t help but laugh at Evelyn’s choice of words. She was my best friend—really, more like my sister. We were all we had in this world anymore. It was a sad reality. Literally. She was family, and I was hers, because we had no one else.

No siblings. No parents. No extended family.

We were both orphans in every sense of the word.

Being foster kids, Evelyn and I hadn’t been given the best path in life starting out, but we’d made due.

My grandparents had died shortly after moving to America.

My mother died giving birth to me.

My father was unknown.

Evelyn had pretty much the same upbringing, except her mother was a junkie who wanted her next fix more than she wanted to take care of a baby.

We’d connected in the same foster house, both of us there for a couple of years—the longest we stayed in one place. We’d both been fifteen, almost sixteen, and I could see this fighting spirit in Evelyn. I’d latched on to that, because she made me feel stronger just by her presence.

We’d been thick as thieves since.

But life hadn’t been easy. We had to struggle, fight for everything we had or wanted. And it was hard. We went without a lot of things, went hungry more times than we should’ve, because there was always someone bigger, stronger, who could take it easily.

We didn’t have anybody to root in our corner but each other, and so I was pretty sure, even if it was temporary, even if I assured her over and over again that I would be back, it probably felt like a betrayal—another person abandoning her.

“Yeah, bad fucking idea,” she muttered under her breath. “I don’t have a good feeling about this.”

I rolled my eyes but chuckled. “That’s just because you don’t want me to leave. You’re just nervous.”

When I decided to go on this wild-goose chase, it had pretty much been four years in the making. I’d had to save up, be stable in my life before I went balls to the wall on this crazy hunt to see if I had anyone who’d give a shit about me out there. I might come up to a big fat dead end, but it was worth the risk to me.

If I didn’t find anything out, then I was exactly where I was now. But if I found something out… anything… that was priceless to me.

I’d been working odd jobs since I was sixteen and saving anything I could. I’d gotten a small sum from the state after I turned eighteen, which really meant, “here’s some money, but it’s time for you to get out and grow up now.”

I’d immediately taken a DNA test, one of those spit-in-the-tube kind you mail back. Six weeks later I got an email with my results. I assumed, like most people living in America, I was probably a mix of many different countries. I’d been surprised to see I had pretty much all Scottish ancestry, with the barest hints of Irish and English thrown in for good measure. It even broke down the part of Scotland my ancestors had originated from. Double score on that.

So I had a starting point to go off of. And then the years had passed, and I worked my ass off while going to college. After four years I graduated with my bachelor’s in history.

And now here I was, getting ready to say goodbye to my best friend and hoping like hell I didn’t come back empty-handed.

“It's hard leaving,” I said softly and smiled. I didn’t know what else to say that wouldn’t cause both of us to be blubbering messes.

“I know. You need to go do this, and I was only kidding that this was a bad fucking idea.” She smiled, and it was genuine. “You need to find out who you are. I want you to, and then you’ll come back and tell me all about it.”

“And bring you sweet-ass souvenirs.”

We both laughed, but when she glanced away, I felt my own throat tightening. “Hey,” I said softly and waited until she looked at me before smiling. “I probably won’t find out anything, and I’ll be back before you know it.”

She snorted and shook her head before grabbing my shoulders and giving them a reassuring squeeze. “No, you need to find out information on your family. I want you to, even if I’m acting like a little bitch right now.”