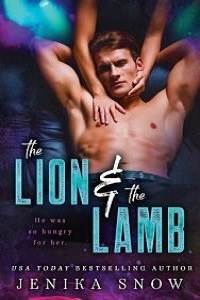 “I can’t work at a strip club, Kiki.” Tatum would have laughed out loud at her best friend’s suggestions if she didn’t know without a doubt Kiki was being dead serious.

“And why not?” Kiki gave a little huff of irritation.

“Well—” Tatum cut the rest of the watermelon and tossed it into the bowl. “—for one thing, it’s a strip club.” She said those two words like they were the dirtiest thing imaginable, and she instantly felt the air chill. Looking over her shoulder, she saw Kiki cross her arms under her huge breasts and scowl.

“What in the hell is that supposed to mean?” The indignation in Kiki’s voice was crystal-clear.

Tatum sighed and turned around. She placed her hands on Kiki’s shoulders, and said, “You know I didn’t mean anything by that. It’s just…” Tatum sighed and looked at the ceiling. “Do I look like someone who would be prancing around a strip club?” When she looked back at her best friend, she could see a smile touch Kiki’s red-painted, Botox-injected lips.

“First of all, it’s a gentlemen’s club.” Tatum rolled her eyes. She refrained from pointing out that “gentlemen’s club” was just a fancy and expensive name for a house full of strippers. “Second of all, if you wanted to dance, you so could. You definitely have the body for it.”

Tatum held up her hands. “No, no, no. I do not want to dance, and I most definitely do not have the body for it.”

“Whatever. We are so not going there again.” Kiki picked up the bowl of fresh fruit. She turned away and started walking out of the kitchen, talking as she went. “Besides, the position that is open is for a waitress, not a dancer.”

Tatum had no choice but to follow her. She grabbed the paper plates on her way out the door. The outside patio of Kiki’s home was like some kind of oasis. A small Koi pond sat off to the side and was surrounded by greenery and a trickling waterfall. A pool was situated on the far end of the yard, the color an unrealistic blue, but looked refreshing nonetheless. The covered deck held the table that Beau and Kiki filled with grilled meats and side dishes.

The heat of a Las Vegas evening in July was close to the surface of the sun. Beads of perspiration started to cover the back of Tatum’s neck as the dry heat slammed into her. Sitting on one of the chairs, she watched Kiki wrap her arms around Beau, who stood behind the grill. Smoke billowed around him as he laughed softly at something Kiki murmured to him. Coming over to eat dinner with Beau and Kiki every Sunday evening was the norm. Tatum had known her since they were bratty, pimply teenage girls.

Beau had come into the picture the year they turned twenty. That had been five years ago, and even after all that time, Kiki and Beau acted like teenagers in love for the first time.

Tatum did this a lot—just watched them interact with each other. They were so intense together. Maybe it was a bit creepy that she watched them, but she liked to see the person she cared about most in the world happy. Her own love life was nonexistent, and aside from a few boyfriends after she graduated high school, she had been alone.

“I told Tater that she should go apply for the waitress position at the Lion.” Kiki sashayed back to where Tatum was seated.

She refrained from rolling her eyes at the ridiculous nickname Kiki had given her when they were kids. It did no good asking her to stop calling her a vegetable, because Kiki did whatever the hell she wanted. Beau turned and brought over a heaping plate of more meat. There was already enough on the table to feed an army, but then again, Beau was built like a soldier.

“I think that’d be sweet. That way I can watch over both of you.” Beau’s deep voice was like an instant fire-starter. At well over six feet tall and layered with thick muscle, Beau wasn’t someone to mess with. He had a headful of auburn hair that fell to his shoulders and only intensified his dangerous persona.

Most of the time, he kept it in a tight, short ponytail at the nape of his neck, especially when he was at work, but at home, he let those silky locks hang free. His body was corded with muscle, and the tribal tattoos that wove their way up his arms added to the whole intimidating factor.

Kiki had started working at The Lion and the Lamb two years ago. She certainly had the body and moves to be a “dancer” there. Beau had gotten a job as a bouncer shortly after Kiki started her employment there. Even now, Tatum suppressed her laugh as she remembered the way he went all caveman when he tried to get his girlfriend to stop working at a strip club. He didn’t know how stubborn Kiki was, and at the end he loved her enough to have trust in their relationship and calm down with the alpha shit.