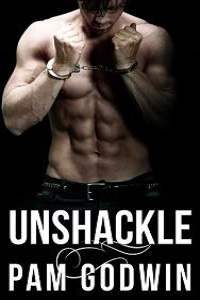 A man with soulless eyes shoved a hood over Luke Sanch’s head, blocking out the private airplane hangar and spiking his heart rate. The stifling fabric allowed in no light. Just pitch goddamn darkness.

He was officially past the point of no return.

One could argue he’d passed that point the night he woke in Van Quiso’s attic, naked and shackled. But unlike that brutal, defining moment, he’d put himself in this situation willingly.

The hood had been expected. What would follow, however, was anyone’s guess.

Beside him, his roommate and close friend, Tomas Dine, received the same treatment. They’d worked numerous jobs together, alongside their vigilante team. Jobs that put them neck and neck with vile human sex traffickers. This operation was no different.

Except this time, he and Tomas were going in alone.

The tread of soft-soled shoes approached from behind, circled ominously, and paused a few inches before Luke.

“Welcome, John Smith.” The man’s voice drawled beneath the weight of a nasally Latino accent. “Your luggage has been searched and transferred. I trust you had no complications during your travels?”

The flight had been over-the-top luxurious—one of the perks of having a Colombian cartel jefe on their vigilante team. Matias Restrepo was funding this entire operation, which included flying Luke and Tomas on an untraceable private jet from Mexico to this hangar outside Orange County, California.

To meet with La Rocha Cartel.

The most aggressive, most organized, most violent cartel in existence.

Sharing the same air with these men made Luke’s knees twitch, threatening to weaken his stance. Saliva gathered in his mouth. He felt sick. Surrounded. Overpowered. Horrifyingly out of his league.

Whether these homicidal terrorists bought his story or intended to kill him was yet to be determined. Survival depended on his ability to maintain his carefully crafted ruse over the next few days or weeks.

“The flight was adequate.” He slipped the tips of his fingers into the pockets of his designer suit pants. “And you are?”

“I’m John Smith,” the voice deadpanned. “My colleague here… He’s John Smith, too. As are the men at your back, who are currently aiming high-caliber guns at you and your bodyguard.”

Funny guy. A blade in the motherfucker’s gullet would be funnier. And oh-so-satisfying. His hands clenched.

Finesse, Luke. Find it and wield it. Don’t be a moron.

Where they lacked undercover experience, they made up for in vicious determination. Or was it stubborn recklessness?

“I expect nothing less.” Luke injected a cocky smile into his voice. “I followed your instructions. We’re unarmed, and all electronic devices were left behind.”

No bugs or tracers. No way for his team to track his movements beyond this hangar. His neck tightened with unease.

“We appreciate your cooperation, Mr. Smith,” the man said. “And you’ll understand the necessity of being searched before we depart.”

“Make it quick.” Luke grunted. “And mind the suit. It’s worth more than the lives of your men.”

Arrogance. That was one of the character traits he donned as John Smith. Along with greed, cruelty, and a few other unsavory qualities that would befit the sort of man who shopped for sex in the slave trade.

Several hands fell upon him, thoroughly patting down every inch of his fit frame. They untucked his shirt, dug around in his pants, and lifted his nuts to prod beneath.

Fucking hell. He gritted his teeth as fingers breached the crack of his ass. Then they moved on to his socks, shoes, and other less invasive areas. A growling sound beside him indicated Tomas underwent a similar body search.

That done, they were led to a waiting car. He straightened his suit, blindly ducked into an air-conditioned cabin, and slid across leather seats.

“Right behind you, sir,” Tomas said, confirming they hadn’t been separated.

The doors shut, and the vehicle rolled into motion.

Stretching out, Luke felt his way around the configuration of seats. A limousine.

No surprise. He was masquerading as a powerful businessman with the wealth of Bill Gates and the ethics of Lucifer. The cartel wanted his business, his money, and would wine and dine him until he splurged on their product.

He would have his pick of any of their high-priced, stolen girls.

“The hoods remain on until we arrive. Protocol, you understand.” The man from the hangar spoke from an adjacent seat, his accent unnervingly cultured for a cutthroat cartel gangster. “To offset the inconvenience, I have something to make the ride more enjoyable. This one’s on the house.”

Luke tensed as someone shifted across from him. Body heat brushed his legs. Small hands molded around his knees and traveled up his thighs. Female hands.

He cringed beneath the hood. God only knew how old she was. Or how willing.