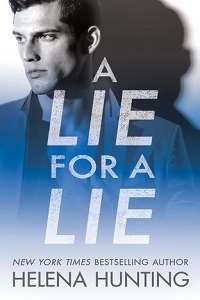 “What are the chances there will be booze at a birthday party for a pair of three-year-olds?”

“Uhhhh . . . slim to none?” My sister’s voice crackles through the car speakers on a scoff. “Why are you going to a birthday party for toddlers anyway? Is this some kind of new dating strategy? Like you’ll pick up more women if they see you interacting with small children? Oh! Is this like when we went to visit Kyle, and we took Max to the zoo, and, like, five women slipped you their numbers?”

She’s referring to an incident that happened when I was visiting our older brother, Kyle, in LA earlier this summer. Our nephew is like catnip for women. “No, Stevie, it’s not like that. The party is for my teammate’s kids, and his brother-in-law used to be the team captain, so it’s a good idea for me to make an appearance.”

“Right. Okay. Well, that makes it a lot less exciting.”

“Not everything about my life is exciting. What about you? Any plans this afternoon?” I need to move the conversation away from dating, because my little sister always has an opinion on my lackluster love life.

“I have a date tonight, so I need to try on half my wardrobe before I decide nothing is good enough, and then I’ll need to run out and buy something new.”

“Listen to you, sounding like Dad.” Even though she laughs, there’s sadness in her voice. We lost our dad three years ago to complications from diabetes. We’re a pretty tight family, even with me living in Chicago, my brother being on the West Coast, and my sister and mother having relocated from New York to LA. My sister went out there for school, and my mom decided it was time to retire, so she sold the house and farm and moved out west at the end of last summer, right after Max was born.

“He’s in my program, we have a couple of classes together, and his name is Joseph.”

“How many times have you been out with him?”

“It’s our second date. Speaking of dates, when was the last time you went on one?”

I grip the steering wheel, hating that we’re back to this. “I don’t know. A while. I’ve been busy.”

It irritates me that she continues to use that nickname for the woman I spent the better part of last summer with in Alaska. “Don’t call her that.”

I pull into the parking lot of the aquarium. “I’m at the party. I have to go. I’ll talk to you later.” I end the call. I’d like to say this isn’t a conversation we have often, but I’d be lying. Between Stevie and Kyle, someone brings her up at least once a month. Her name was Lainey. Is Lainey. Provided she’s still out there somewhere.

I park next to the massive blue pickup truck that manages to stand out in this parking lot full of silver and black SUVs. It belongs to my teammate Randy Ballistic, who’s currently leaning against the tailgate, thumb typing on his phone.

I cut the engine and get out of the car. Randy falls into step with me, pocketing his phone as we cross the lot. “I’m a little surprised to see you here.” He eyes the gifts tucked under my arm, covered in rocket wrapping paper.

“I haven’t seen most of the guys since playoffs, so I figured it’d be good to stop by.”

He nods in understanding. “Yeah, I tried to get out of it, but Lily insisted we come. She came early to help set up.” Randy and Lily have been together for as long as I’ve been on the team, and while they don’t have kids, they have a dog, which is like training for a baby.

Inside the aquarium, one of my teammates’ kids runs by holding a giant inflatable shark, screaming at the top of his lungs. I like kids, and kids generally like me. But I prefer my current role as an uncle to my nephew, Max. I can be the uncle who gives awesome presents, and when Max starts crying, I can pass him back to my brother or sister-in-law and walk away.

“This is like an advertisement for birth control right here,” I mutter as a little redheaded toddler comes wobbling over, face covered in chocolate and a doughnut in his hand. The kid—who definitely belongs to my redheaded Scottish teammate, Lance Romero—reaches for Randy’s leg with his doughnut-filled hand but misses by about six inches, which causes the kid to trip over his own feet.

I swoop in and catch him before he can do a face-plant. He startles and loses his hold on the doughnut, so he bursts into tears.