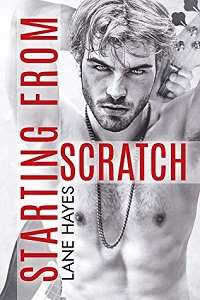 “Life is easy to chronicle, but bewildering to practice.”—E.M. Forster, A Room with a View

The screech of an electric guitar grated like nails down a chalkboard, but it was slightly better than the off-tempo thump of the bass bouncing off the studio walls. The lackluster sound wasn’t normal. This band was destined for greatness—though maybe not today. Over the past six months, Zero had gone from being a minor curiosity to a rock and roll band on the rise with a steadily growing fan base. Every one of their LA-area shows sold out in advance last month. That had to be a good thing. One offbeat practice and a bad review didn’t change anything.

I reread the last few lines from the unflattering piece in Sound Cloud by Nelson Cormer.

Zero is a mediocre facsimile of a 1980s hair band. They’re proof, if anyone needed it, that manufactured sound and contrived formulas are alive and well. The foursome lacks chemistry and the panache of seasoned musicians like Declan McNamara…blah, blah, blah.

And if you asked me, it was rather suspicious that the reviewer praised Declan McNamara. It seemed contrived. Everyone knew there was bad blood between Zero and Xena’s former guitarist. Obviously Nelson hoped a hint of discord would draw attention to his publication…and to Declan. I wondered who was pulling the strings there. It had to be someone with an ulterior motive. If I’d learned anything from my dad, it was to look for the angle. No one worked for free. As Zero’s manager-slash-promo-director, I had to keep an eye out.

However, I also had to keep perspective. A lot of people got off on tearing down artists who moved into the public eye too quickly. My experience with Instagram insta-fame taught me that for every ten people who loved you, ten others wanted to pull you apart. Haters were always gonna hate; popularity only made it worse. And Zero was popular. Okay, so they were popular in an “LA indie band” kind of way, but it was a good start. The buzz surrounding the band grew daily, while most people had no idea who Declan was or why he was persona non grata with Zero. Truthfully, I wasn’t one hundred percent clear about what happened, but I figured it had to do with sex or money. Or both. It always did.

I studied the band from my perch on the sofa in the studio. Zero had only been together officially for six months, but they each shared a history of some sort. Justin and Tegan had played in Gypsy Coma together; Justin and Johnny had worked at Aromatique, an adorable West Hollywood coffee shop until a month ago; and Tegan and Ky knew each other from high school. I was the newbie here, but in some ways, I felt closer to these guys than I did to friends I’d known my whole life. They felt like the cool older brothers I never had. They worked hard, but they knew how to have fun. And I appreciated that they made a point of including me in their silliness.

They were all good-looking twentysomethings with promising futures. Justin was a talented songwriter and a charismatic lead singer with a smoky, bluesy voice, Johnny was an innovative guitarist, Tegan rocked on drums, and Ky was…

Well, in my opinion, Zero’s bassist was the weak link.

Ky was lean and lanky with green eyes, sun-kissed skin, and longish dark-blond hair that always looked like it needed a good wash. His personal style and demeanor screamed laid-back California kid. Ky paired board shorts with old T-shirts advertising skateboard, surf, or ski gear every day. In cooler weather, he might throw a plaid shirt on and switch out his flip-flops for his ancient Vans.

Usually I was a huge advocate for embracing one’s true self, but stage presence mattered. I took the promotional part of my job very seriously. I couldn’t represent a vision I knew wouldn’t sell, and the Beach Boys zombie crossover look was a no. Today’s ensemble was a perfect example. Ky’s board shorts hung low on his hips, and his threadbare snug-fitted tee clung to his biceps like it was part of his skin. Every time he adjusted his fingers on the fretboard, his muscles flexed and strained against the “barely there” fabric. It was obscene. And yes, my dick approved. Not okay.

I shifted clandestinely to ease some of the pressure from my overworked zipper and refocused on the article just as they wrapped up the song. Thank God.

“What’d you think?” Justin asked with a mischievous grin.

“That was awful,” I replied, closing my laptop and stretching my arms above my head.

Johnny flipped me off, chuckling when Tegan threw one of his drumsticks at me. I flung the stick back at him and missed by a mile. It hit the wall and bounced off the high hat with a loud clang.