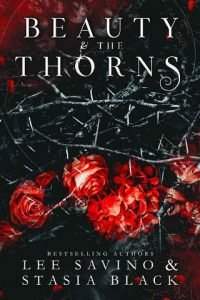 There’s an engagement ring on my finger. How the hell did that just happen? I stare down in shock even as the click and flash of a hundred cameras go off, memorializing the moment. One second I was trying to think of how to do damage control and then Adam was down on one knee and then—

Logan. Oh gods. What did I just do? I’m going to be sick.

But Adam’s grabbing my hand and holding it up, grinning at all the reporters. I never actually said yes. Not the words. I just sort of stared at Adam and gave a head bobble and then he shouted to the crowd that I did say yes and put the ring on my finger.

I do my best to keep the horror off my face. How could he do this? How could he put me on the spot like this?

Then I remember: Adam doesn’t know. No one knows I’ve spent the last two weeks falling in l— I mean, becoming extremely close with another man. A man I’ve let master me. It’s not hard to imagine Logan’s fury when he finds out about this.

But that’s not what’s gutting me. It’s knowing that underneath his anger and rage, I’ll have hurt him. Hurt him so deeply.

Panic chokes me. No, I’ll be able to explain it. I didn’t have a choice. If I can just explain it, then he’ll have to understand—

Adam pulls me close and mashes his mouth to mine. His tongue tries to invade my mouth but I seal my lips stubbornly shut. I can only be pushed so far. I understand I lose the company if I don’t go along with this. I understand it might be the last shock that pushes my father’s health over the edge if I don’t agree with the farce.

But I can’t betray Logan any more than I already have. I turn my face away from Adam and pull back, smiling at the crowd and waving.

“We have business inside now,” I call out to the reporters. “Have to share the happy news!” And then I stride as quickly as humanly possible in these damn heels into the Belladonna offices.

“Oh Mama, it was awful,” I cry, tears leaking down my cheeks. I sit, legs folded, beside her grave and the beautiful statue of her likeness, just like I used to do by her bedside.

Thornhill, my childhood home, looms in the distance like a comforting monument to sameness in the midst of all this change. This small ancestral graveyard is at the east edge of the property.

“I’ve made a mess of everything.” I look up at her, beautiful and serene, the sunshine lighting the cold planes of her stone statue. It’s nothing like her and yet better than anything else I have. Right now I’m clinging to anything of her I can get. I need her so much right now.

“Adam wanted to talk after the board meeting but I ran away like a coward after a few minutes. He’s sincere and nice but he treats me like he’s just going to come in and fix everything. Like I can’t do anything myself. And gods, maybe I can’t. Look at how I screwed it all up when I was CEO.”

“And when I tried to tell him I couldn’t marry him for real, he just said I was exhausted and that he’d take care of everything. Instead of fighting, I said he was right and I was going to go home and sleep. So then I was going to go straight back to Logan’s to explain everything but instead I came here.”

Thunder rumbles in the distance and clouds cover the sun, casting my mother’s beautiful stone face in shadow. Like she, too, is turning her face away from me, wherever she is in the heavenly fields of paradise.

I bend over her grave, my tears falling and salting the ground. “Please,” I beg. “Don’t leave me alone. You always knew what to do. You knew how to handle Daddy when he was being impossible and you always made me feel better no matter how bad things got and I—”

“So now you show up at your mother’s grave.”

I choke out in shock at the voice and swing around. Logan! He’s standing not five feet behind me. I jump to my feet and start to run towards him when I notice his face.

His features are cruel and angry.

He saw. He saw the news.

When he grabs my hand and holds it up, exposing Adam’s ring still on my finger, I know for sure. He throws my hand away roughly in disgust.

“No, wait, Logan, it’s not what you think—” I start but he swiftly cuts me off.

“Are you engaged to Adam fucking Archer?”

Before I can get another word out, though, Logan’s crossed the few feet between us and his hand is at my throat. “Faithless whore,” he spits. “Our bed wasn’t even cold before you were off spreading your legs for him. I was just practice, I suppose, to break you in like a bitch in heat?”