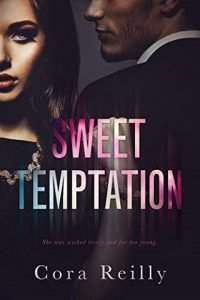 I stared down at my blood-covered hands and then at the lifeless body of my wife. Slowly, I closed the door in case Daniele came by. He didn’t need to see more of this. The red roses the maid had bought for Gaia as a gift for our eighth anniversary lay crumpled beside the limp body. Red roses to match the blood that stained the sheets and her white dress.

Picking up my phone, I called Father. “Cassio, don’t you have a dinner reservation with Gaia?”

Silence. “Can you repeat that?”

“Someone needs to clean this up before the kids see it. Send a clean-up crew and inform Luca.”

When your wife died, sadness and despair were the expected emotions, but I felt only anger and resentment as I watched the coffin being lowered into her grave.

Gaia and I had been married for eight years. On the day of our anniversary, death ended our marriage. A fitting end to a bond that had been doomed from the very start. Maybe it was fate that today was the hottest day of the summer. Sweat trickled down my forehead and temple, but the tears wouldn’t join in.

Father tightened his grip on my shoulder. Was it to steady himself or me? His skin had been pale since his third heart attack, and Gaia’s death didn’t help matters. He met my gaze, worried. Cataracts clouded his eyes. Each day that passed had him fading away even more. The weaker he got, the stronger I needed to be. If you appeared vulnerable, the mafia would eat you whole.

I gave him a small nod then turned back to the grave, my expression steel.

Every Underboss of the Famiglia was in attendance. Even Luca Vitiello, our Capo, had come from New York with his wife. They all wore their solemn faces—perfect masks, just like mine. They’d soon give me their condolences, whispering fake words of reassurance, when rumors about my wife’s early death were already making the rounds.

I was glad that neither Daniele nor Simona were old enough to understand what was being said. They didn’t realize their mother was dead. Even Daniele, at two years old, couldn’t grasp the finality of the word “dead.” And Simona… left without a mother at only four months old.

A new wave of fury raced through my body, but I shoved it down. Few of the men around me were friends; most of them were looking for a sign of weakness. I was a young Underboss, too young in many eyes, but Luca trusted me to rule over Philadelphia with an iron fist. I wouldn’t fail him or my father.

After the funeral, we gathered in my mansion for lunch. Sybil, my maid, handed Simona to me. My baby girl had cried all night, but now slept soundly in my arms. Daniele clung to my leg, looking confused. It was the first time he’d sought my closeness since Gaia’s death. I could feel all the compassionate looks. Alone with two small kids, a young Underboss… they were looking for any small crack in my façade.

Mother came over with a sad smile and took Simona from me. She’d offered to take care of my children, but she was sixty-four and had my father to take care of. My sisters gathered around us, cooing at Daniele. Mia picked him up and pressed him to her chest. My sisters, too, had offered their help, but each of them had their own small children to take care of, and they didn’t live close by—except for Mia.

“I didn’t get much sleep these last few nights.” Since their mother’s death, neither Daniele nor Simona had slept more than two hours at a time. The image of Gaia’s bloody dress crossed my mind, but I shoved it away.

“You need to look for a mother for your children,” Father said, leaning heavily on his walking stick.

“Mansueto!” Mother exclaimed under her breath. “We buried Gaia today.”

Father patted her arm but looked at me. He knew I didn’t need time to mourn Gaia, but we needed to keep decorum in mind. Not to mention that I wasn’t sure I wanted another woman in my life. What I wanted was irrelevant, though. Every aspect of my life was dictated by ironclad rules and traditions.

“The children need a mother, and you need someone who’ll take care of you,” Father said.

“Gaia never took care of him,” Mia muttered. She, too, hadn’t forgiven my late wife.

“Not here, not today,” I clipped. She snapped her mouth shut.

“I suppose you already have someone in mind for Cassio,” my eldest sister Ilaria told Father with a roll of her eyes.

“Every Captain and Underboss with a daughter of marrying age will already have contacted Dad,” Mia said quietly.

Father hadn’t talked to me about it yet, because he knew I wouldn’t have listened. However, Mia was likely right. I was a hot commodity—the only unmarried Underboss in the Famiglia.