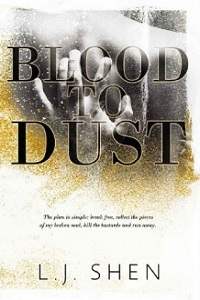 There’s no lie in her fire.”

Once upon a time, there was a boy.

The boy was sad and lost and violent, but inside him, lay peace.

A woman standing behind him is screaming and bawling and pounding her bloody fists against his back.

That woman is his mother.

Under his feet lies a man with a fractured skull, the contents of his head spilling on the yellowed grass. Broken pieces of a vase adorn his head like Jesus’ crown of thorns and a sharp shard is stuck to his temple.

That man is his father.

Up above, heaven frowns at what the 22 year-old boy has just done, and down below, hell shakes its rusty gates open.

In the distance, sirens are wailing their arrival. Closer. Nearer. Louder.

Once upon a time, there was a girl.

The 20-year-old girl was sheltered, privileged and of pedigree, but inside her, laid a storm.

She dangles a shiny pair of new keys in her small palm, an unusual smile playing on her face. These keys will soon unlock a glitzy apartment she has rented all by herself. Her parents are thought to be rich, but every dime paid on this condo belongs to her. The money is bloody and tainted…but it’s hers.

In this same exact moment, the boy is being plucked by two burly officers from his porch as they read him his rights.

His run-down house in Stockton is only an hour away from her swanky apartment.

This is the story of a boy and a girl fighting storms and trying to find peace in the most unexpected place.

They try and find it in each other.

A wise, vile man once told me that it moves differently according to circumstances. Sometimes it’s slow. But sometimes. . .it slips so fast between your fingers, your life is over before you had time to reflect on it.

See, life is like an hourglass. Sometimes you’re up, and sometimes. . .well, you’re down.

And right now I’m down, baby. So. Flipping. Down.

I hear him before I see him, his voice sing-songs in a whisper. He loves whispering. A whisper is much more powerful than a scream.

“My idea of fun, is kill…Oh. Prescott, darling, fancy bumping into you this late at night.” His posh English accent cuts through my ears. Seb’s hands find the back of my neck and he thrusts me face-first into the nearest graffitied wall with a thump. I drop the stress ball I was squeezing a second ago, knowing that now I need it more than ever.

Warm blood snakes from my forehead into my mouth and I lick it wordlessly, careful not to show any sign of distress. He twists my arms behind my back in one hand and shoves my head into the wall with the other.

“Here, Love, you look thirsty. Might want to get another taste of your own blood. After all, that’s the only thing you’ll be feasting on for the next few days, I suppose.”

My head is smashed against the concrete before swinging back from the impact. Seb spins me around so I face him. A polite smile tugs at his lips. He grabs my pink duffel bag—a girly Nike—and tucks it under his arm. The sleepy Oakland pavement seems absurdly narrow and suffocating now that he is here next to me.

Pointy nose, non-existent lips, delicate frame and pasty skin, wired with blue and purple veins. He sways his hips when he walks, his fingers long and thin like a ballerina’s. Likes: flamboyant suits, Gucci loafers, screwing young boys, preferably between the ages of thirteen to nineteen. Dislikes: the law, sloppy attire. And me.

“Let me guess—blow? Meth?” He tilts his head down, his grin spreading like a contagious disease. “Crack-cocaine?”

“If I tell you, I’d have to kill you.” I head-butt him on a whim and feel his skull crashing against mine, ignoring the sharp, white pain that’s dotting my vision. “And that’s just too tempting.”

I spit blood on his suede shoes. My head feels like it’s split in two, but I’d never let him see how much it hurts. Seb rolls open the sliding door of the van and shoves me in. I roll across the dusty floor, my back hitting the opposite door.