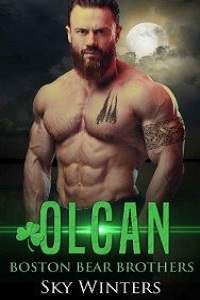 Niamh scowled at the man. She wanted to snatch her passport out of his hands, but it would only cause a hassle that she didn’t need right now. She was too exhausted, and time was too tight. She had to be in Boston by morning, and this was the last bus for the night.

She wondered what it was about people that made them generalize about everyone they encountered. No one in Ireland ever told her she didn’t look Irish, but in the brief time she’d been in America, she’d heard it a half dozen times. It’s as if they expected everyone to have red hair and freckles, wearing overalls with a pot of gold stuffed under their arm like they were on the run from a naughty leprechaun.

In fact, more people in Ireland looked like Niamh than looked like what these people imagined when they perceived of Irish norms. She had long black hair and deep brown eyes, with olive skin—what some might refer to as Black Irish due to the darker complexions they possessed than their fairer-skinned counterparts.

Many people were descended from Spaniards that had been prominent in certain parts of the island and possessed a warmer complexion. That was more normal for Ireland than what most imagined, but it didn’t stop people like this goon from expressing their ignorance about Irish culture.

“Nye amph? Nymph?” the man continued, looking up at her with a disgusting smile.

“It’s Gaelic and it’s spelled right fine. Can I get me ticket already?”

She ignored his mocking tone and waited for him to finish processing her bus ticket to Boston. She was too tired to argue with people about her name today. A six-hour flight from Dublin plus the hours making her way through security on one end and immigration on the other had left her exhausted and cranky. It would be nice to just stay in New York for a few nights and recover, but she didn’t have time for all that.

Instead, she was in line waiting for this moron to do his job. At least she had gotten there in time, though she was cutting it close. Maybe she could catch a nap during the night trek to her final destination. Then, she’d have a bit of time to kill in the morning before her appointment there. She was nervous about that. If it fell through, she’d have to work out something else. Going back to Dublin a failure wasn’t an option she could afford.

She was relieved when he finally handed her a ticket and a claim check for the large suitcase she’d been lugging since the airport, but she still watched as the bus pulled in and they began putting luggage into the lower hold. She could see her case being wheeled out on a trolley and placed inside while she waited in line with the other passengers. She noted the bus was fairly empty when she finally was allowed to board, so she was lucky enough to get a seat to herself where she could stretch out and get what sleep she could.

Though she woke up several times during the trip, she’d managed to rest a bit before disembarking in Boston. She waited for the driver to remove the luggage of those not continuing on and retrieved hers from him, wheeling it inside the bus station to look for a bathroom where she could freshen up.

Her watch was still on Dublin time, but by her calculations, it was nearly five a.m. Her appointment wasn’t until nine, and she couldn’t check into the hotel until two. It was going to be another long day. She managed to find a bathroom and check her appearance before reemerging.

“Is there a place nearby to get a bite?” she asked someone who looked like they were perhaps cleaning staff.

“Au Bon Pain opens in a few minutes. Other than that, you can head out of the terminal and there are all sorts of places nearby.”

“Good on ya,” Niamh replied.

“Are you trying to kill some time before a flight or another bus?” the woman asked.

“You can store your luggage for the day with the Greyhound folks if you like. It’s up that way, but it doesn’t open until seven.”

“Oh, Ta. Splendid, that,” Niamh replied with a smile, heading in the direction of the eatery she could see in the distance.

A couple hours later, she was full of pastry and coffee and had her bags stored. She navigated her way out of the terminal and did a bit of looking around before hailing a cab to take her to the address she’d been given for her interview, arriving ten minutes early, but okay with that. She paid the driver and looked around at the neighborhood in which she found herself, marveling at the sizes of the houses and the space around them.