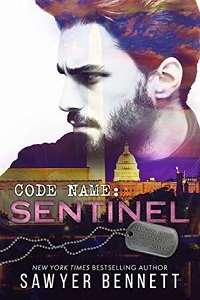 Jameson Force Security hides in plain sight. Housed within a dilapidated old brick warehouse in the decaying Hill District of Pittsburgh, no one in a million years would guess hundreds of thousands of dollars of advanced computer equipment and servers were inside.

Or an indoor, soundproofed gun range.

Or some of the most highly trained military and law enforcement specialists in the world.

Or a research and development division that produces some of the most high-speed tech gadgets that would make James Bond’s Q die from jealousy. That particular area is housed in a sub-basement level of the building I didn’t even know about until a week ago. The owner, Kynan McGrath, loves his surprises.

I have to say… I love everything about my move to Pittsburgh so far. I’ve been here for almost six weeks, and I’ve had no problems settling into this place as my new home.

I actually live at the headquarters on the fourth floor where Kynan built five small but luxurious apartments along with other communal-living areas like a gym, media and entertainment room, and a commercial-sized kitchen.

I don’t bother with the slow-as-molasses freight elevator at the north end of the hall. It’s always faster to take the stairs. Plus, I think they’re an architectural wonder in and of themselves. I have no clue what type of money Kynan spent renovating this dump, but the floating staircase spiraling upward from the first to fourth floors is a myriad of reclaimed wood and steel support cables that make the damn thing appear to float in thin air.

I take the steps two at a time down to the second floor where the offices and conference rooms are located along the perimeter. The interior walls are glass and a quick head count into the largest conference room shows I’m the last to arrive.

The huge table that takes up the middle is a work of art. It seats twenty, and the base is made of twisted, rusted beams of steel with a thick cement slab on top. Almost every plush leather chair around the table is filled.

Kynan cuts his eyes to me as I enter, then mutters, “Glad you could take the time from your busy schedule to join us.”

“Sorry,” I reply with a smirk as I take an empty chair next to Bebe. “Was answering an email to the president.”

Everyone whips their heads my way, but I’ve only got eyes for Kynan, who cocks an eyebrow. Not in skepticism, because I do indeed know the president of the United States, but more in annoyance I would just casually drop that name to excuse my tardiness.

So I appease him a bit. “He says he needs to talk to me about something important.”

Kynan’s expression smooths, and he sits a little straighter. “Perhaps this meeting isn’t as important as talking to the president,” he suggests.

Laughing, I shake my head. “He wants me to come to D.C. Asked you to come along as well. Tomorrow if we can.”

I’ll give Kynan credit. He’s the coolest of cucumbers, and doesn’t so much as flinch or blink in surprise. Instead, he just gives a curt nod. “We’ll talk after this meeting.”

I nod back, giving some thought as to what could be so important that Jonathan Alexander, president of the United States, wants to see Kynan and me tomorrow in D.C. But that’s going to have to wait a bit since Kynan stands from his chair to begin the meeting.

He sweeps his arm around the room. “As you can see, our conference table is getting full and we’ve got some fresh faces here today. I’ll start off by introducing the new folks.”

I look around the room, briefly glancing at each person. Since I was the first hire Kynan had made, I actually know everyone, especially since he’s had me sit in on all subsequent interviews with the exception of the man sitting across the table from me, Saint Bellinger. He was hired just days after I was, but I was on an assignment watching over Kynan’s fiancée the day Saint had been interviewed.

Of course, it’s amazing to think I still have a job after that day, seeing as I’d managed to let Joslyn get kidnapped by a psycho stalker while she was on my watch.

On the flip side, and in fairness to me, Kynan understands Joslyn gave me the slip and doesn’t fault me for losing her.

“I’m just going to go around the table to make quick introductions. I expect members who have been here longer to step up and offer guidance to the newbies.”