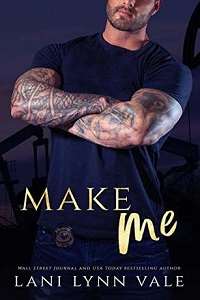 -Things Royal says to her father under her breath

I reluctantly trudged up the steps of my father’s home and hated every freakin’ second of it.

Thankfully, The Judge was likely at work already. Not thankfully, I was sure that him being on time for work meant that he’d left Jimmy to be taken care of by his wife. A wife that didn’t get up until ten in the morning, meaning that Jimmy didn’t get help until well after ten-thirty, sometimes eleven.

And, since I had today off from work, I had the time to help.

My brother was also helped into bed around nine every night by my father, so I knew without a doubt that he was more than ready to be out of bed by seven every morning, if not earlier.

Walking through the door without announcing myself, I headed straight up to Jimmy’s room without stopping to let my stepmother know that I was there. Then again, it was quite a bit out of my way. She was so far on the opposite side of the house that it might as well be not in the house at all.

That was mainly because if Jimmy did end up crying out for help because he’d been in one spot too long and things started to really hurt, he would have to yell for Torri. Torri who went out of her way not to be bothered—i.e., moving her room to the other side of the house and having sound-proofing installed just in case.

I knocked on the door and waited.

“Come in,” Jimmy’s deep, husky voice drawled from the other side.

I grinned and threw the door open, laughing when Jimmy’s annoyed gaze met mine.

“Torri is gone,” Jimmy sighed. “She had a massage appointment at nine this morning, and she knew you had the day off. She came in here long enough to tell me that and jet out. She didn’t even let me call you first.”

I gritted my teeth, pissed all over again.

“What a bitch,” I snapped. “I waited until eight to come over here just on the off chance that I woke her. She could’ve told me, and I’d have been here at six.”

Jimmy laughed and patted my hand.

I grinned at him and brought his hand up to my face.

“Let me call your mom,” I said jovially.

Jimmy fist-pumped as he reached for the rope that was above him.

I watched as he slowly pulled himself to sitting, then grabbed onto the pole in front of him to stay upright.

The phone rang in my ear as I watched him move.

“Marta?” I said into the phone.

“Royal!” Marta, Jimmy’s mother, cried out in excitement. “Is she gone?”

I grinned. “She is. Would you like to come over?”

Marta didn’t even hesitate. “I’ll be there. I have to leave the bakery for a bit, so it might take me a little more time to arrange it, but I’ll be there.”

“Fuckin’ Torri,” I muttered as I tossed the phone on the bed beside him. “I fuckin’ hate her guts.”

Jimmy sighed. “She really shouldn’t have to do it at all.”

“She really shouldn’t have said she would, which was part of the reason Dad married his third wife, if she didn’t want to,” I said. “She knew what she was signing up for when she walked into his life.”

Jimmy didn’t say anything, ever the peacemaker.

I had no problem helping him get out of bed. I know that he wishes he didn’t need the help, but he does.

“Do you want to shower today or tomorrow?” I asked.

“Tomorrow,” he said. “I didn’t get very dirty yesterday.”

I nodded once and walked to the drawer where he kept his clothes.

After selecting a new pair of underwear and some jeans for him, I walked over to the edge of the bed.

From there we managed to maneuver him into his underwear and jeans, taking a bit longer than it took other people because he was just fuckin’ massive, and I was an ‘itty bitty thing’ according to him.

After having him clothed from the waist down, I found a t-shirt, snickering when I dressed him in one that I’d bought him last year that said ‘Talk to me, Goose’ and pair of socks.

I snorted. “Your mother doesn’t want you to be embarrassed. I don’t care.”

He tugged my hair, then gestured to his chair beside the bed.

I got him to the chair just as Marta came barreling into the room.

She went straight to Jimmy and didn’t say anything to me but a distracted ‘hi.’

I stared at Marta fawning over Jimmy and wished things were different.

Another vehicle had crashed into Marta’s small car when she’d pulled out. Jimmy and I had been in the back seat, Marta in the front.