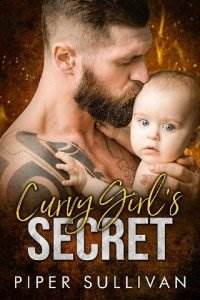 “You look good today,” Eva said as she rushed past my office and doubled back, her brows nearly up to her hairline. “What’s the occasion?”

A smile lit my face at the question because I’d taken my time getting ready this morning, finding the perfect dark red dress to fit over my ample curves and the right heels that wouldn’t have me falling on my face during my afternoon etiquette session.

“Wyatt and I are having lunch at Pepino’s.”

Eva’s brows rose in surprise because things with Wyatt and I have been tense for the past month or two. “Good news?”

“Here’s to hoping,” I told her easily. “He’s been working so hard and we haven’t spent enough time together, but now that the project is just about over, I am…hopeful.” We’ve been together for close to three years and things are serious.

“Hopeful that this is the lunch?”

I nodded. “Sure, I mean it is time. Right?” The matchmaking agency owned by me, Eva and our friend Sophie Worthington, Time For Love, prided ourselves on knowing when the time was right for love. “It’s in our name Eva. Time For Love.”

“Love Olive, not marriage. Are you sure you want to marry Wyatt?”

I rolled my eyes. “I know you don’t like him Eva,” I began with a heavy sigh because I really didn’t like the fact that my friends didn’t like my boyfriend.

“It’s not about whether I like Wyatt or not, it’s about how he treats you. That’s my problem with him, but this isn’t about me. I’m asking if you want to marry Wyatt or if it’s time to marry him?”

The reminder chirped on my phone that I had exactly fifteen minutes to get to Pepino’s before Wyatt would breeze in, seconds to spare before he was considered late. “I have to go.”

“Thanks,” I told her absently as I reached for my bag to fresh up my makeup and smooth my clothes before rushing through the glass entrance of Time For Love. My mind raced a million miles a minute as I drove the short distance to the restaurant.

The hostess took me right to the table Wyatt had reserved and I sat down, looking around the Mediterranean theme excitedly. Everything looked different today, brighter and livelier. Maybe they’d given the place a new coat of paint since I was last here, but it looked good. Really, really good, and when the waitress arrived with a glass of wine, I sipped slowly, savoring the taste.

Wyatt breezed through the door, his wavy blond hair blowing in the wind as he smiled at everyone he saw, friend and stranger alike. He was handsome and he knew it, used it to work every room it was in, including the room where I met him. He sat down with a wide grin as if he wasn’t five, no six and a half minutes late. “Olive. You’re looking well.”

Well? What the hell did that mean? “Um, thanks. You look good too,” I said but his face was buried in his constantly buzzing phone. The life of a young, up and coming lawyer was never a quiet one. I was used to it. Annoyed but used to it.

Wyatt held up a finger and answered his phone. “Go for Wyatt. Yeah. Yeah? Okay, I’ll call you back.” His brown gaze gave me a quick, assessing look before returning to his phone.

“How are things at work?”

At the mention of his favorite topic, his career, Wyatt perked right up as I knew he would. “Great! The Sinclair deal is done and when they announce junior partners at the next quarterly meeting, I’m sure my name will be right at the top of the list.”

“Of course it is,” I told him with a smile and placed a hand over his, frowning when he pulled his arm away. “What’s going on Wyatt?”

“Nothing’s going on, babe. What’s new?” I opened my mouth to tell him about the business and the bet between Eva and Oliver, but Wyatt’s phone rang and he gave me the finger. Again. “I said I would call you back. And I will,” he whispered into the phone and this time when the call ended, he shoved the phone in his pocket.

A frown dipped my brows at his quiet tone, making me wonder for the first time just who was on the phone. “Is everything all right?”

“Yeah Olive, everything is peachy fucking keen,” he snapped angrily, seemingly out of nowhere.

“Excuse me? What is your problem Wyatt?” I couldn’t believe he was talking to me like this. “You show up late and you’ve been on your phone since you arrived and now you have an attitude with me? I don’t think so.” I pushed my chair back, ready to get the hell out of dodge before I lost my cool. “Let me know when you’ve found your manners.”