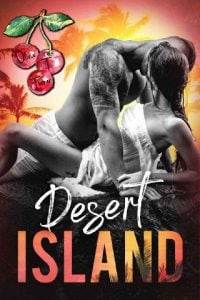 “Is that your new boyfriend?” Emiko asks with a grin.

“Let me take a picture of the happy couple!” she says as she whips out her phone and quickly takes a picture.

“No!” I shout as I toss the blow up doll into the back of the airplane and put my palm out to block her shot.

We start wrestling on the tarmac over the phone. Emiko is tiny, but she’s strong.

There’s no way I’m going to have a picture of me posing with a naked male blow up doll roaming around in cyberspace. This is a hill I’m willing to die on.

“Give me that!” I shout as I claw her phone out of her clenched fingers.

“Stop it!” she shouts back. “It’s my personal property!”

We’re starting to attract attention. A few of the ground crew guys are laughing as they cross the runway to get a closer look. Even some of the guys in the flight tower are pointing at us.

This is not happening. Soon, they’re going to start filming this and I’ll have a new bucket of problems to worry about. I can take on Emiko, but there’s no way I can wrestle a phone away from those big guys.

I rip the phone out of her hand and turn my back to her as I quickly delete the photo.

“You’re no fun!” Emiko whines as she fixes her hair.

I sigh as I watch the photo of me and the blow up doll disappear forever. Sadly, that’s the closest thing I have to a picture of me with a boyfriend.

“What’s all this?” one of the crew members named Lenny asks as he points into the back of my plane. “Are those all blow up dolls?”

I take a deep breath as they all burst out laughing and rush over to check my cargo. It’s boxes and boxes of inflatable men with inflatable penises. One is inflated. The rest are not.

“Really professional,” I say with a roll of my eyes as the men pull the doll out and put a pair of sunglasses on him. I chuckle despite myself. It is kind of funny.

“Do women actually fuck these things?” Richard asks with a laugh as he flicks the inflatable penis attached to it.

“Not normal women,” Emiko says. “We use vibrators.”

“It’s probably for bachelorette parties and stuff like that,” Lenny says as he opens another box.

I lunge forward and slam it closed. “It doesn’t matter what they’re used for,” I say as I grab the doll from Richard and shove it back into my plane. “It’s cargo that I have to transport. The contents are irrelevant.”

“Yeah,” Emiko says with a mischievous grin. “The contents are irrelevant. Leave Bridget and her boyfriend alone.”

“He’s not my boyfriend,” I mutter as I slam the door closed.

“Tell that to him,” she says with a chuckle. “He seems pretty hard for you.”

“Yeah, yeah, yeah,” I say as I grab my keys and walk over to the door. He’s the first man who’s ever been hard for me, so that’s a first, I guess.

I open the door and climb inside as the guys lose interest and disperse.

“Have a good flight,” Emiko says as she comes to the window. “Sorry about the teasing.”

I can’t help but laugh a little. “It’s okay. It is pretty funny.”

I’m a twenty-four-year-old virgin woman in a plane with about three thousand inflatable men who are all down to fuck.

“Where are you headed anyway?” she asks. “Are you going to be back for karaoke tonight?”

“Yeah, definitely,” I say as I grab my checklist. “I’m just dumping this crap off in Bermuda and coming back.”

We’re in Miami, so it should only take about four hours each way. I’ll land in Bermuda, go pee, grab a sandwich, dump all of this embarrassing junk, and hopefully be back before dinner.

Emiko goes pale as she stares at me in horror. “Not Bermuda…”

“You’re a pilot and you haven’t heard of the Bermuda Triangle?”

“Okay,” I say as I shake my head, trying to blow her off. The list of things Emiko worries about also includes Bigfoot, anal-probing aliens, mermen, and little trolls who live in volcanoes. I think she made that last one up when she was high on LSD.

“Don’t go!” she squeals with wide frantic eyes as she clings onto my airplane.

This girl is trying all of my patience today.

I take a deep breath and exhale slowly. “Please let go of my airplane.”

“Don’t tell a pilot she’s going to crash minutes before a flight. You’re a pilot. You should know that. We learn that on the first day of flight school.”