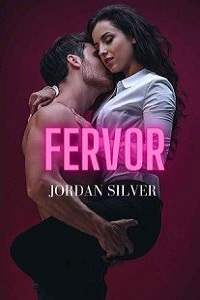 Gage Maddox is having a bad, fucking day. His fucking life had been playing out in the tabloids like a bad fucking dream that never ends. It was six days since that lying bitch had been caught in a compromising position with that fucktard by the fucking paparazzi. I mean, how fucking stupid could you be? You're a high-profile star whose every moment was damn near documented, and you get caught out there like that in a fucking abandoned building down the street from my motherfucking house? I mean, what the fuck. How could she do this to me?

In the past six days, I'd broken everything breakable in our house, every memory, every photo, every fucking thing, and what couldn't be broken, I tore the fuck to shreds. The only thing I didn't do was burn the fucker to the ground, and that's only because I couldn't find a fucking match in that bitch. I shredded every damn piece of clothing she left there, the conniving bitch. I don't think I've ever been so mad in my life. The bitch keeps trying to contact me, but I have nothing to say to her. I wish I could say I hated her at this point, but I never lie to myself; as angry and as hurt as I am, I still love the deceiving cunt.

I spend my days in a drunken haze, having shut myself away from family and friends, but the nights, the nights, are the fucking worse. I couldn't sleep without her; it was as though I was missing a fucking limb. If I could reach into my chest and dig out my own heart without doing permanent damage to myself, I would've done it by now; the pain was that excruciating. So now I'm sitting here like a chump, me Gage fucking Maddox Hollywood's hottest leading man, star motherfucking playa, humiliated by a slip of a girl and an old douche. Every time I thought of that fucker I wanted to commit murder; as much as I told myself to stay off the net, it was a losing battle; like a moth to a flame, I kept going back; I had to look. The pictures of them together with his hands all over what's mine made me bleed, but more than that, they made me seethe with anger. I wanted his blood on my hands; I wanted to tear out his fucking throat with my bare teeth.

The ringing of the telephone for the one-hundredth time brought me out of my bloodlust fuse. I snatched it up, knowing without looking who it was; after all, only one person had that ringtone; why I hadn't chucked this shit out a window yet or at the very least deleted her ass was a mystery. Maybe I liked torturing myself. I answered as I had been for the past two days, "fuck off bitch". I punched the off button like it was her face." Fuuuuuuuuuuuuuck," when will this shit end? I finished my first fifth of jack for the day and passed out on my couch. I'll deal with this shit tomorrow.

On day seven of this fuckery I rolled off my couch with a groan. There were three, maybe four, no definitely four little demon fucks playing construction with my head; I could pinpoint each individual location, one for each temple, one for the frontal lobe, and the last dead center on the nape of my neck. As if my existence wasn’t FUBAR enough, now I have to deal with this shit. One thing I've learned in the past week is that all those asswads who claimed alcohol made everything go away didn't know fuck-all about the human psyche. I went to bed knowing what the fuck was up and woke up the same, only with the added bonus of my mouth tasting and smelling like horse shit, my body stinking like a distillery, limbs hurting like an old bitch, bowels on fire, and my fucking heart ripped to fuck.

I opened my bloodshot eyes and looked around, lost. No one knew where I was, except maybe my mom and pops, my siblings might have a pretty good guess, but no one knew for sure. The cabin had been in my family for generations, and after I'd done everything to destroy the million-dollar home, I shared with that bitch I'd headed here without really knowing where I was heading. Hidden away in the woods, miles away from the nearest town, it was just what I needed right now. Thank goodness I'd had the presence of mind to stock shit up on the way here, not that I'd had much more than my man Jack in the last few days, but at least I didn't have to leave for at least a month if I didn't want to. Of course, I had obligations, two premiers, some promo shit, and fuck all, but right now, I could give a fuck.