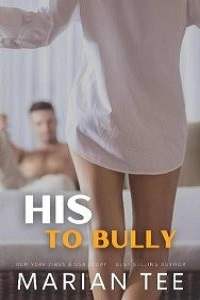 Ilyas had a feeling he was supposed to say something, but he just couldn't take his gaze off Ember's tits. They really were amazingly huge, and fuck, fuck, fuck—-why the hell was he suddenly sporting the most massive boner under his pants?

Ember seemed to sense the change in his mood and glanced up at him uncertainly. "Sheikh?"

Ilyas abruptly turned his back before his secretary could catch a glimpse of his hard-on.

Ilyas stiffened. Had he failed to hide his boner, after all?

"You'd never have picked this poor kitty up if you weren't drunk. You would still feel bad, I'm sure, but you would've gotten one of your bodyguards to take care of it."

And she was right, Ilyas realized broodingly. That was exactly what he would've done if he had been in the right frame of mind, but he hadn't done so...because he was drunk as fuck.

Get the hell out of here, Ilyas Al-Masri.

That was what he should do and would've done if he wasn't drunk, but Ilyas heard himself say something else instead.

"I'll be spending the night here."

And as expected, the words had his secretary squawking like a little chick.

Ilyas glanced down at his pants. Boner gone. Good. He turned back to face his secretary, who had her lips parted, also like a little chick. "What do you mean 'why'? We still have one spare bedroom here, don't we?"

"So that's final. I'm staying here while you and that kitten will have to leave."

"Just use the company card to book yourself a suite," he instructed. "And if I find out you got yourself a measly standard, I'll deduct twice the fucking amount from your wages."

Ember muttered under her breath, and Ilyas scowled. "What the fuck did you just say?"

Ilyas stared at her unsmilingly. "No. It wasn't that."

"I think you called me a 'bosshole'."

Ember let out a gasp that sounded unconvincing even to his drunk ears. "I would never call you that."

But Ember no longer seemed to hear him. "Oh my gosh, I almost forgot all about you, poor little kitty." She held the tiny creature up for Ilyas to see. "Look, Your Highness. Doesn't it break your heart to see him shivering?"

"I know, right?" Ember hugged the kitten to her chest. "Poor little kitty."

"Goddammit, Ember, don't you fucking think I don't know what you're doing.

"Will you excuse me, Your Highness?"

"You're not just excused," Ilyas growled, "but I also want you and that thing out of here. Now."

"I promise I'll be quick. I just need to take care of this little one first."

Ilyas glared at her. "Goddammit, Ember."

But his secretary was already zipping around the office suite like a tiny redheaded cyclone, and in just ten minutes, she had managed to whip up an emergency kitten formula with ingredients from the pantry.

Ilyas warily approached Ember when she started feeding the kitten on the kitchen island. "Why don't you just give it milk?"

Ember smiled ruefully at him. "That only works in cartoons."

He saw her shift position on her feet while speaking, and it was then Ilyas noticed something protruding against the thin fabric of her night shirt. And since there were two of them—-

Those were his secretary's nipples, goddammit, and they were fully erect because...of the air-conditioning.

Of course, it had to be the A/C making her nipples pointed like that, and it was only because alcohol had fucked him up that his mind was thinking of another reason entirely.

His secretary looked at him in surprise, and it was only then that Ilyas realized he had actually muttered the words out loud.

"You're hungry?" Ember sounded bewildered. "But didn't you have dinner at the party?"

Ilyas gritted his teeth. She didn't get it. He had dinner, yes, but it wasn't food he was ravenous for. Just like the kitten, what he hungered for right now was milk.

More to the point, her milk.

And he wanted to drink it straight from her nipples.

Ilyas closed his eyes. He was definitely drunk, and if he didn't do something now, he would soon be tempted to turn his wildly-out-of-control thoughts into reality.

Ilyas carefully avoided catching another glimpse of her nipples as he looked at his secretary. "You and the kitchen—-"

Ember's brows shot up. "What about me and the kitchen?"

"I mean, the kitten, dammit. You and the kitten need to leave."

Ember was incredulous. "Why?"

She was off again doing God knew what, and Ilyas' head started to pound as he sought for control.

"Sorry," he heard Ember say as she returned to the kitchen. "I just remembered kittens need a lot of heat, so...ta-da!"