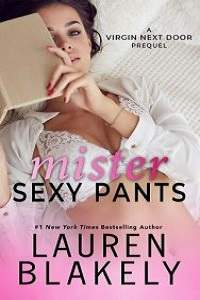 All the Little Sex Monkeys

Have you ever wanted something so badly that it takes you completely by surprise?

Your desire starts like a low hum, turns into a sweet tingle, then . . . blastoff. It rockets into an intense, naked longing.

I’ve gotten that feeling with books, with dogs, and definitely with sandwiches. But I didn’t expect to feel this way about five hundred weekly words, but now that the opportunity to write a dating column dangles in front of me, I’ve got to grab this carrot no matter what.

That’s where my head is at now as I prep for a secret side hustle meeting. I want to nail every aspect of this job interview, right down to the look.

I zip up my dress. Smoothing a hand along my waist, I consider my reflection in the mirror on the closet door in my bedroom.

My cat eyes me with imperious suspicion from one of the pillows on my bed.

I think I look smashing, but a woman cannot dress on her opinion alone. That’s why my sister is here. I spin around, skirt twirling, and put the question to Hazel, who is sitting on the edge of the bed with my tiny dog curled up in her lap.

“What do you think? Is this what you’d wear to an interview to become a sex columnist?”

I could ask Google, but I’m scared to hear the Internet’s thoughts on this fashion quandary.

Hazel screws up the corner of her lips giving me a long once-over, then renders her ruling: “You look like you have a secret.”

I smile coyly. “So it’s perfect, then, for an anonymous column,” I say with a little jut of the hip.

“Come to think of it, yes,” she says with a smile.

“Hey! That’s a good one.” I scurry out to the kitchen, grab a notebook from the table, and jot “Come to think of it” on a list of Top Five Awesome Column Titles.

I snap the notebook closed, then snag my purse. Before I take off, I kiss my pets goodbye, and I head out, Hazel following me.

When we reach the sidewalk, my sister gives me a hug. “You’ll be great. There’s no one more qualified for this gig than you.”

“Maybe this is why I’ve been waiting for twenty-six years. I’ve been holding out for an online column,” I say playfully.

Then we say goodbye, and I turn toward Hudson Street. As the spring sun dips in the sky, I review my original pitch for the online site The Dating Pool—what about a sex and dating column written from the point of view of a virgin?

The column only requires a few hours a week, and though I definitely don’t want to leave my job as a children’s book editor, I do love talking about sex, writing about sex, and thinking about it.

But if I can nab this project, I’ll have an outlet at last for all the little sex monkeys rattling their cages in my head.

Watch out, Dating Pool. Here comes one opinionated, battery-operated-boyfriend-loving virgin who believes a dirty mind’s a terrible thing to waste.

When I reach The Dating Pool’s office, I stop and stare up at the building, taking in the sleek facade. In a moment ripped from a rom-com, I’m that woman stepping into the big, wide world of New York media. Only, I’ve grown up in and around this city. I love New York, and New York loves me.

Chin up, lipstick on, I head inside. The elevator shoots me up to the fifth floor, where the helpful receptionist escorts me to Bellamy Hart’s office.

She’s a romance goddess, and her podcast is an absolute must-listen. She’s also a total badass boss babe and she looks the part in her designer jeans, spiky boots, and black twinset.

“Thank you for coming in at the last minute,” she says as she holds the door open to her office.

“Thank you for asking me here,” I say, already a little giddy. She replied to my email ten minutes after I sent it last night. I might very well frame her note. I must hear more! Do not take your idea elsewhere.

Well then, here I am.

We sit on her green couch, and she waggles her tablet. “First of all, let me say your column ideas completely grabbed me. I agree that columns of dating lists, dating dos and don’ts, and dating rules are so overdone,” she says with a sigh. “But your takes sound fresh.”

I sit straighter and fight off a smile—I won’t crack open the champagne yet. “It’s a good thing I’ve been storing them up from a few years on the New York dating market, aka the alligator pit. And I can tackle them in a way that appeals to all your readers—with a little humor,” I say.