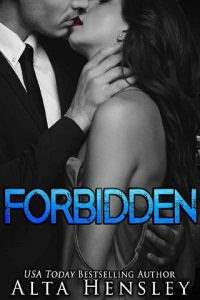 I pulled into the parking lot of Cajun Jazz’s Diner—a popular hangout for the locals that the flood of tourists overlooked because it appeared like a place the Board of Health should have condemned years ago. I didn’t like crowds, and I knew my lunch date felt the same way. As I ascended the somewhat rickety staircase and adjusted my slim skirt, I suddenly wished I’d gone with one that was a bit longer and dowdier. Maybe I should have just stuck with my go-to jeans and paint-splattered tee. It wouldn’t do to appear at all sexy around Anthony LaSalla. The man was overprotective and would worry about unwanted attention I could get just by walking down the street.

I stood in the doorway, looking at my reflection for the briefest of seconds. Small and slender, I barely came up to Anthony’s shoulders. Although my outfit may have been too sexy, it was impeccable—a black blouse and gray skirt from a secondhand store that had cost less than this meal was going to, even though it was more than I usually spent on clothing. One of my favorite hair clips that had belonged to my mother sat jauntily atop my shoulder-length hazelnut hair. The ivory clip was the only thing I had on that was of any real monetary value.

Overall, I didn’t mind being poor that much. I’d never really had a lot of money, so I didn’t miss it. I had grown up the only daughter of immigrants from Russia. Both my mother and father had worked all the time, and I kind of got lost in the crowd. And that was the way I liked it. My mother had died at a young age, and my father had been busy building his name for the Russian mafia and was hardly ever around. My father wasn’t high enough up the chain of command to provide much more than a roof over our heads. Every man for himself was the way I was brought up. I’d been cutting coupons since I could hold the scissors safely in my hands, and my adult life hadn’t changed anything.

I always felt I never did anything with my life. A starving artist who could barely pay my bills, but refused to give up my dream of seeing my work hang prominently on a gallery’s wall.

Or maybe I just used my art as an excuse to never apply myself to anything else.

The argument could be made for both.

I opened the door and pasted a smile on my face. The restaurant choice was mine—it was the cheapest place in New Orleans since Anthony steadfastly refused to eat at a fast food joint, and I insisted on us splitting the bill. It was a battle fought and eventually won on my part, but Anthony never liked the idea of going Dutch. Maybe it was the fact that if he paid, our casual monthly lunches would feel like a date to me. And a date with my deceased father’s best friend wasn’t an option.

I was overdressed, but I had to do something to counter his casual elegance that would just strain a touch as his shirt stretched across the breadth of his shoulders, hugging the bulging muscles of his arms as he leaned forward to reach for his coffee cup. Anthony was well into middle age, but showed absolutely no signs of either an encroaching paunch or a rapidly surrendering hairline. If anything, he was looking leaner and meaner than ever since my father’s death, and that was five years ago. I was beginning to think he lived on hot black coffee and not much else.

Conservatively cropped black hair and thick black eyebrows framed eyes bluer than any man ought to be allowed to have. He was perpetually tanned due to his Italian heritage. He was tall, broad, and solid, in every possible way. Anthony LaSalla was hard and serious—except when it came to me. He’d always had a soft spot for me. I used to watch him when I was barely eighteen—before I lived on my own and still resided under my father’s roof. I could see the softening that took over his expression whenever he looked at me. His whole demeanor changed when he was around me. The innocent love and warmth in his eyes was almost painful to see.

Very painful to me.

It wasn’t the kind of love I had wanted.

He acted like an honorary uncle, and for a young woman who had a schoolgirl crush on a much older and powerful man, the demeaning pats on the head, or the way he always acted as if I were a child—even now—crushed the dream of there ever being more.

Anthony was one of those rare men who knew exactly what he was about at all times. He exuded confidence and intelligence. Born of meager beginnings, he had run with a line of formidable men, but he had built a name to be feared and respected on his own. When he had met my father, who was involved in Russian mafia business dealings, he was already running his own empire, and growing it even bigger. He also owned a membership-only men’s club called Black Secrets that my father was part of. Anthony wasn’t flashy or boorish, but classy and steady. And he made class and steadfastness incredibly sexy. The air around him crackled, while he sat back and watched what happened.