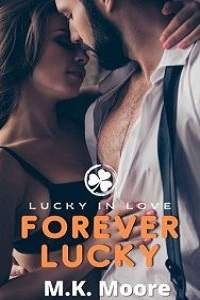 The first thing I realize is that the sun is beating down on my face. I hear myself groan as I roll over. Between the actual sound of my groan and the crispness of the sheets, I feel like everything is echoing so loudly. I also feel like I am on fire and like what I imagine roadkill feels like simultaneously. I try to open my eyes, but my mascara has caked my face. I bring my left hand up to rub my eyes and immediately cut myself on something. Ignoring that, I finally get them open. I look down at my left hand and see the biggest diamond I've ever seen resting on my finger. "What the fuck?" I cry out as the body next to me jumps up quickly and grabs the lamp off the nightstand. He's just standing there completely naked. My eyes rake down his body. Everything comes back to me in bits and pieces. My skin tingles just thinking about him being inside me again. And the time after that too. I gave him my cherry and my heart after several tequila sunrises. This is why they don't let people under the age of twenty-one drink. I made an impulsive decision, but I can't bring myself to regret it. My thighs tingle and tremble as I climb out of bed. Everything hurts so good.

"What's going on?" he asks, looking around, presumably for an intruder or something. His sexy voice is full of sleep, and his hard cock is standing at attention.

"Cillian?" I ask slowly as I look at our left hands. "I think we got married last night." I have never actually been so reckless. It might be liberating if I had a minute to process this.

"Well, yeah, baby, we did. I made sure to mail the certificate last night. Just like Elvis told me to. We need this union to be legal." He laughs, but I am so hungover I don't see the humor right now.

"Our mothers are going to kill us," I say, groaning. I vaguely wonder how much I drank last night. My throat is dry, and my lips feel swollen. My fake ID worked wonders at that bar we all went to. My sister, River, married her man Everett last night. We went out for drinks afterward, and they didn't even card me with Cillian and Everett there. At Speak Easy, a secret bar, I found out that the O'Brien boys are in the mob. At first, I was surprised, but River told me that they were cool, and I am inclined to believe my big sister. She'd never steer me wrong or put me in any danger.

"Well, my ma's dead, but I do not doubt that yours will be kicking my ass."

"Oh my God, I knew that. I'm so sorry. I'm so sorry. I'm sorry." Oh. My. God. Stop me. My nervous tick, as my family calls it, is bound to make him think I'm crazy. Despite being tested, I know something is wrong with me; there just isn't a name for it, so nervous tick it is. I have to do things in a certain way, in a certain number of times, or I feel… weird. Incomplete even.

River told me what's been going on with the O'Brien's, but Cillian & Everett's parents died in a car accident when they were twelve and eleven. They were raised by the aunt and uncle that were killed recently. I remember her saying something about a mob war, but the details of that are fuzzy. I'll text her later. I can't mess up like this again. I have to make it work with this man. Spiritually, you can't sever those who have been joined together carnally. This is why it weirds me out when I know my friends have had more than one partner. It even freaks me the fuck out when fictional characters do it. Even if this marriage doesn't work out, I could never, would never sleep with another man. Fundamentally, it can't happen for me. It goes against everything I believe in my very soul.

"Don’t be. It’s been over a year, and we did just meet yesterday. I can let it slide,” he says casually, but I can see the pain in his eyes.

Immediately, I burst into tears. The emotional onslaught mixed with the remnants of the alcohol I should not have had are too much right now.

“Wife, what the hell’s the matter?” he demands, coming around the bed and pulling me into his arms. Yep, comfort the crazy, I think bitterly.

Wife. I am his wife. This is all too much right now.

“Yeah, you told me that last night, but remember that I’m not just anyone,” he murmurs. I feel so safe and well-loved in his arms. Though we didn’t actually say the words, that would be crazy; I’m totally in love with this man. Thank God he happens to be my husband.