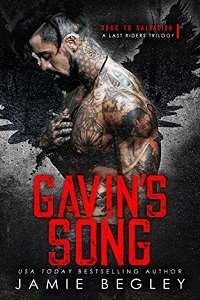 Gavin jogged along the sandy stretch of beach, enjoying the cool breeze coming in from the ocean.

“Have you decided who to ask to the bonfire tonight?”

At his best friend’s question, Gavin didn’t misstep as he continued to jog. “Not yet. Any ideas?”

“A few, but none that you would want to ask.”

Gavin laughed at Tony’s sarcasm, not taking it seriously. The two of them being attracted to different types of girls worked to both their advantages. Tony liked slim and easy, while Gavin was attracted to girls of various sizes and who challenged him. He was equally attracted to girls who put out as much as any red-blooded sixteen-year-old boy, yet he found himself enjoying the more experienced girls who were smart enough to avoid every Tom, Dick, and Tony.

“I was thinking of asking Lacey.”

His friend turned around when he saw Gavin wasn’t next to him. “What?” he yelled out, walking back to him.

“What makes you think Lacey won’t go out with me?”

“Other than, she’s out of your league.” Snorting out a puff of air, Tony started laughing again. “She’s been going out with Devan since freshman year, and she makes fun of you riding Loker’s old bike to school.”

“You’d be better off getting a part-time job to buy a car. There’s a reason girls like a guy with a car. It’s called a back seat.”

“Who needs a back seat?” Gavin waved his hand at the miles of beach ahead of them. “I have a blanket in my saddlebag.”

“Dude, chicks hate fucking on the beach all the time. Once or twice is fun, but that fucking sand is a pain in the ass. It gets everywhere.”

Gavin shrugged, unconcerned. “They get tired of it, then we can go to my house. Ton is cool with me having sleepovers.”

“Most girls don’t want to make out with a parent in the house.”

“I haven’t had a problem with it. Most of them like him. They think my dad’s cool.”

Tony’s shoulders slumped. “He is. My parents are lame as hell. My dad would have a heart attack if I tried to sneak a girl into my room, and you don’t even need to sneak them inside. Ton lets you do anything you want.”

“Yeah right. I wish. Ton can be a hard-ass when it comes to schoolwork, drinking, and being out after curfew. He’d just rather me be home at night than out on my bike.”

“I’d rather put up with that shit than having to fit in my back seat every time I want to get laid.”

Gavin grinned, turning on his heels to start jogging again; Tony caught up alongside him.

Hell, he knew he had it made. He had dreaded Ton retiring from the military, used to it being just him and Loker since he was twelve years old. Their mother had woken up one day and decided out of the blue that she was done waiting for Ton to retire and having the responsibility of two sons. To give her credit, she waited until Loker was seventeen and about to graduate before leaving. Ton had almost resigned his commission before Loker told him that he would take care of Gavin until his dad finished his tour. Three years later, Ton returned home and Loker had left the next day to fulfill his own dreams of being in the Navy.

The last year had been hard adjusting to Ton back full-time instead of being in the background as he had been most of his life. To complicate the transition, he missed Loker. His older brother had been more of a father to him than Ton. They had been close before his mother left and had grown closer after being left on their own.

When he was younger, he had hero-worshiped Loker. There wasn’t anything he couldn’t do. All his friends were jealous Loker was his brother. Girls were fascinated with him, and even the teachers admired Loker and automatically liked Gavin just for being related to him. Loker had the cool friends and didn’t take shit from anyone. The bullies and thugs learned to give Loker a wide berth. He had earned a reputation in school and throughout town that if push came to shove, he wouldn’t run from a fight.

His brother was only five years older than him, but always had the maturity of someone older. While it benefited Gavin that Loker had accepted responsibility for him until Ton retired, it had its disadvantages. In some ways he was a harder taskmaster than his father. Loker had been overprotective to a fault sometimes. The two months before he left had been spent with the two of them butting heads. Even now when he called, Loker gave him hell if Ton told him that Gavin broke one of his rules. Gavin just wanted them to go back to being brothers like they had been before his mother left and to leave the parenting to Ton—now that he was home.