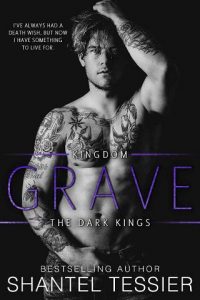 “Pour it Up,” by Rhianna

“Fire Away” by Chris Stapleton

“SWALLA” BY JASON Derulo blares as lights flash in my favorite strip club. Glass has the best of the best women on the Las Vegas Strip.

My best friend, Cross, and I sit center stage with several stacks of hundreds in front of us while a dancer by the name of Mandi sits on his lap topless.

Natalie is face down on the black stage with her ass up in the air right in front of us. Her white G-string glows in the black lights. I toss a few hundreds while she bounces her ass up and down as though she’s fucking an imaginary cock.

She sits up, turns around, and leans over the edge. Gripping my shirt, she yanks me to her, shoving her fake tits in my face, and I inhale the scent of strawberries.

She pulls away laughing, and I pick up my drink, downing what’s left of it.

I whistle and lift my empty glass to signal I need a refill, knowing our waitress is watching us. I paid her two hundred when we sat down to ensure we never go without tonight.

As the song comes to an end, another drink is placed in front of me. Natalie licks her lips, looking at me. “Want a private dance?” she asks, shoving her hair off her bare chest.

“Of course.” I wink at her. The girls know I pay well.

“What about me?” A man plops down in the empty seat to my left.

Her eyes go over to his, and the smile drops off her face. “What the fuck are you doing here, Randy?”

He leans forward, his forearms on the silver railing. “You’ve been ignoring my calls. I figured I’d come see you face-to-face.” Her face tightens when he adds, “We need to talk.”

“I have nothing to say to you.” She starts to pick up the money that covers the stage. The place is packed this time of night, but most of what she collects came from Cross and me.

He stands and reaches out for her, but I’m faster. I grab his arm, stopping him. “The lady said she doesn’t want to talk to you. I suggest you leave.”

He looks at my hand gripping his arm and then up into my eyes. “Who the fuck are you?”

“Are you fucking my woman?” he demands.

I let go of him and pick up my glass. “I plan on it,” I say matter-of-factly, “but it doesn’t sound like she belongs to you.”

“Are you fucking him?” he shouts at her.

My eyes shoot up to the DJ who stands in his corner booth, and he raises his hand, signaling to the security. They try to keep this place clean, but that doesn’t stop the trash from getting in from time to time.

Cross shoves the stripper off his lap and gets to his feet beside me, knowing shit is about to get sideways. I place a hand on his chest and push him back into his seat. I don’t need his help fighting battles.

“We’re not together, Randy!” She growls and stands.

“You fucking slut!” he screams. “You’re nothing but a fucking whore!” He picks up my glass and tosses it toward her. She squeals as she jumps back in her six-inch heels.

Men crowded around the stage stand as what was left of my liquor splashes most of them.

I grip the back of his neck and slam his face down onto the stage. “Say that again,” I growl.

Blood covers the side of the stage as his hands come to his busted face. He falls into his chair, and it tips over, landing on the carpet before rolling onto his side. I kick him. “Fucking say that again!” I shout.

I don’t give a fuck what a woman chooses to do with her body. It’s her decision. But for this fucker to come into her business and disrespect her like that is unacceptable.

“Speak, motherfucker!” I lean down and grab the back of his head, slamming his face into the dark blue carpet covered in purple and pink confetti. Standing to my full height, I step on his hand.

He lifts his head off the floor and cries out when I twist my boot, in hopes I’m fucking breaking the bones.

“Grave?” The security guard who works the front desk comes up to me.

“He threw a drink at her.” I point at the stage. It’s now covered in broken glass and alcohol. Natalie stands at the opposite end with her back pressed against the mirrored wall. She clings to her dress and the wet money. The DJ has exited his booth and is now walking up the side stairs to check on her.