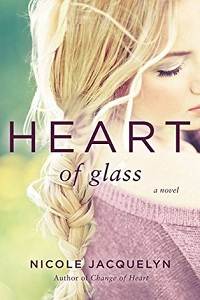 I was never meant to be a dad. The thought ran continuously through my head as I stepped out into the afternoon sunshine. Hell, it had been running through there for months, but lately the words were like a hammer repeatedly slamming into my brain. I could barely think of anything else.

“Why don’t you wait until Monday to run your mysterious errand?” my roommate asked, interrupting my inner demon as we walked out of work. “We’re gonna head to the beach.”

Beach Fridays were a pretty common thing with the guys I hung out with. We usually got off work early on Friday, which gave us a few extra hours to enjoy the weekend. Traffic in San Diego sucked during the late afternoon, but if we knocked off early enough we’d just make it out to Imperial Beach before most people started their commute home.

I wasn’t really going to miss anything that wouldn’t happen again the next week.

“Well, if you get done with your mysterious errand soon, let me know,” Rocklin joked over his shoulder as he walked toward his truck.

I waved him off as I pulled my truck keys from inside my pocket. There was a reason I wasn’t broadcasting my plans to the entire fucking platoon. I didn’t need my command all up in my shit over something that was a non-issue. I was headed over to legal now, before everyone over there got off work for the day. There was a good chance that they’d left early, too, but I was holding out hope that someone was there who could help me.

I tapped my fingers on the knee of my cammies as I waited in the uncomfortable chairs in the front part of the legal building. The place was mostly cleared out for the weekend, but thankfully it looked like someone was left in the back that I could talk to. I wasn’t sure when I’d get another chance to meet with someone before I left for yet another training exercise next week, and the thought of leaving without getting everything squared away made me anxious as hell.

Leaning my head against the wall, I closed my eyes. Behind them, I pictured the little bald baby I’d seen just weeks ago. Morgan’s baby.

Well, my baby, too, if I decided to think of her in biological terms.

I didn’t want to think of her that way.

When Morgan had let me know she was pregnant, I’d panicked and replied as if an abortion was the foregone conclusion. Almost two years later, I was still surprised that she hadn’t punched me in the balls. Instead, she’d calmly told me that she was keeping the baby but she hadn’t expected anything from me.

Then I’d questioned myself. Was I really that type of guy? Could I just walk away from my flesh and blood? I’d been raised in a family that took in kids that weren’t even theirs. They prized family above all else, and there were so many times over the course of my life when I’d been part of a discussion about deadbeat dads and how horrible they were.

So, instead of running in the opposite direction, I’d tried to be present. I hadn’t said a word to my family, preferring not to listen to their opinions and suffocating interference, but I’d kept in touch with Morgan as she’d carried the baby. Any relationship between us had been impossible at that point, but I’d still checked in just to make sure she was okay. I had no interest in going to doctor appointments, and when she’d revealed that she was having a girl, I’d felt nothing—but I’d still kept trying.

I didn’t want to be the kind of man my parents made scathing comments about. I didn’t want Morgan’s daughter to grow up thinking there was something wrong with her or some shit like that and end up being a stripper with daddy issues.

Okay, I knew that last one was a sweeping generalization, but I couldn’t help it. That was where my mind went. So, I’d tried.

I’d visited and I’d called and I’d made myself available for whatever Morgan needed, but eventually we’d both seen the writing on the wall. It just wasn’t there. That feeling, the one I knew I was supposed to have, the one every parent had, even the shitty parents? I didn’t feel it.

I wasn’t curious about the baby. I didn’t wonder if she was okay or worry about her. I didn’t feel anything for her at all, beyond the normal concern over a tiny human. Would I jump in front of a bus for her? Sure. But I’d do that for any kid.

That’s what she was to me—just a random kid.

There was something wrong with me, I was sure of that fact, but it wasn’t something I could fix or change. I’d tried. Jesus. I’d been trying for a year to feel anything for her, and it didn’t matter what I did or what awful scenario I pictured in my head trying to force some sort of reaction, I just didn’t feel anything.